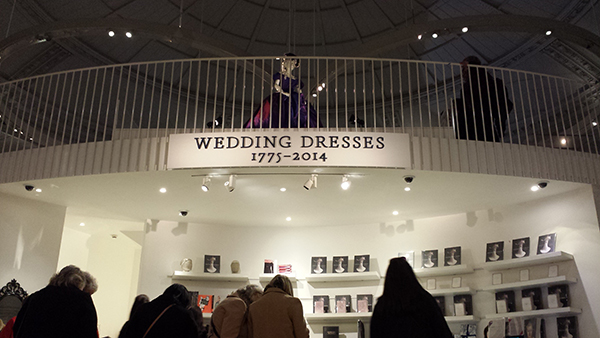 I visited the Wedding Dresses (1775-2014) exhibition at the V&A last week. It was a fantastic display of bridal fashions ranging from incredibly wide 1700s dresses which would make you turn sideways to get through doorways (I explained that really badly, I mean this kind type of thing), to modern day celebrity wedding dresses.

The annoying thing was that you weren’t permitted to take photographs or even sketch the dresses! I have no idea why, and it was all very annoying, so I’m afraid I haven’t been able to take any photos of the wedding dresses featured in the exhibition. I have taken lots more photos though, which hopefully you’ll like just as much, and you can see some of the dresses in my Pinterest gallery below.

The dresses which really stood out tome were the famous modern dresses. They had the amazing 1930s-inspired Galliano dress Kate Moss wore when she got married, Dita Von Teese’s magnificent purple Vivienne Westwood gown and Gwen Stefani’s ombre pink and white wedding dress by John Galliano in 2002.

Here are my main observations about the exhibition (click on the links to see photos):

Here’s how the rest of my day went… 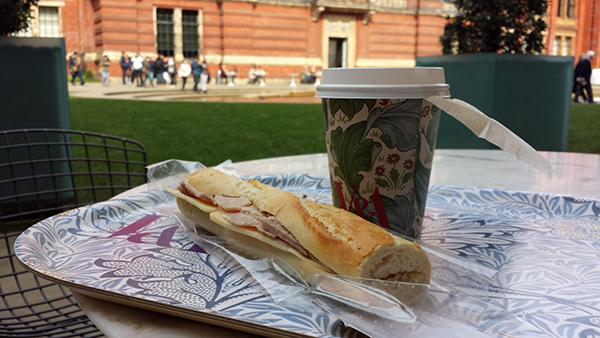 Lunch, V&A style. A Gruyere and ham baguette and a cup of Earl Grey – v nice! 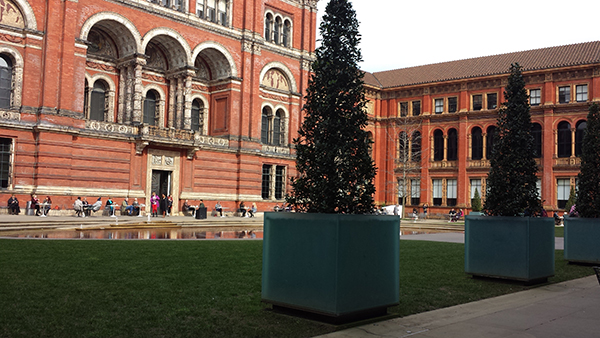 The central quad of the V&A where I sat to have lunch. Looks like spring has finally arrived! 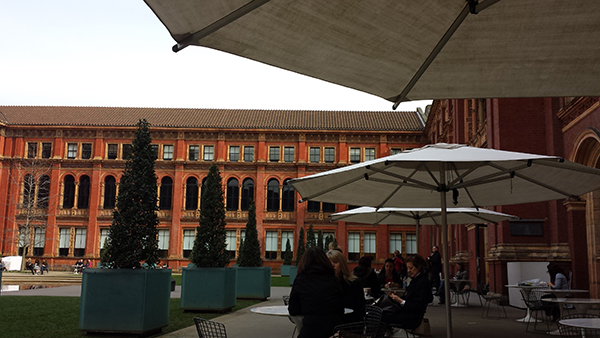 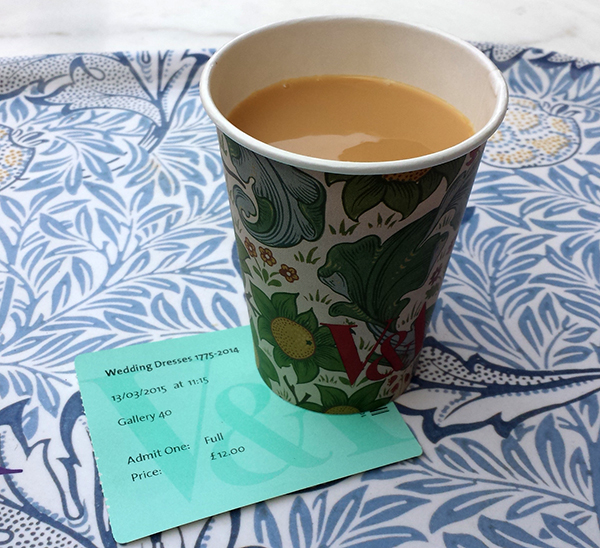 £12 entry but you’re not allowed to take photos. Grrrr…. 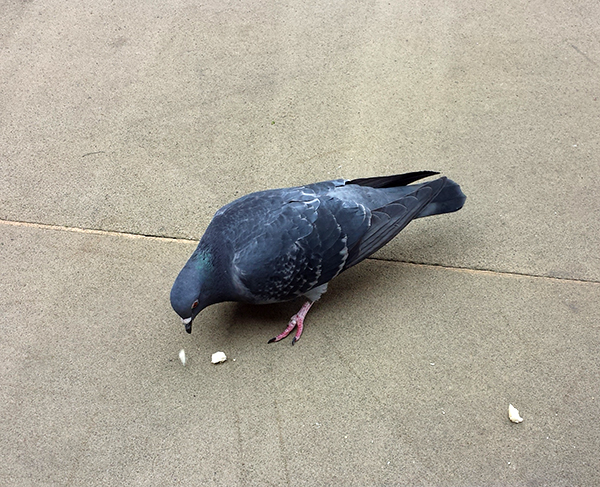 Me not feeding the pigeons 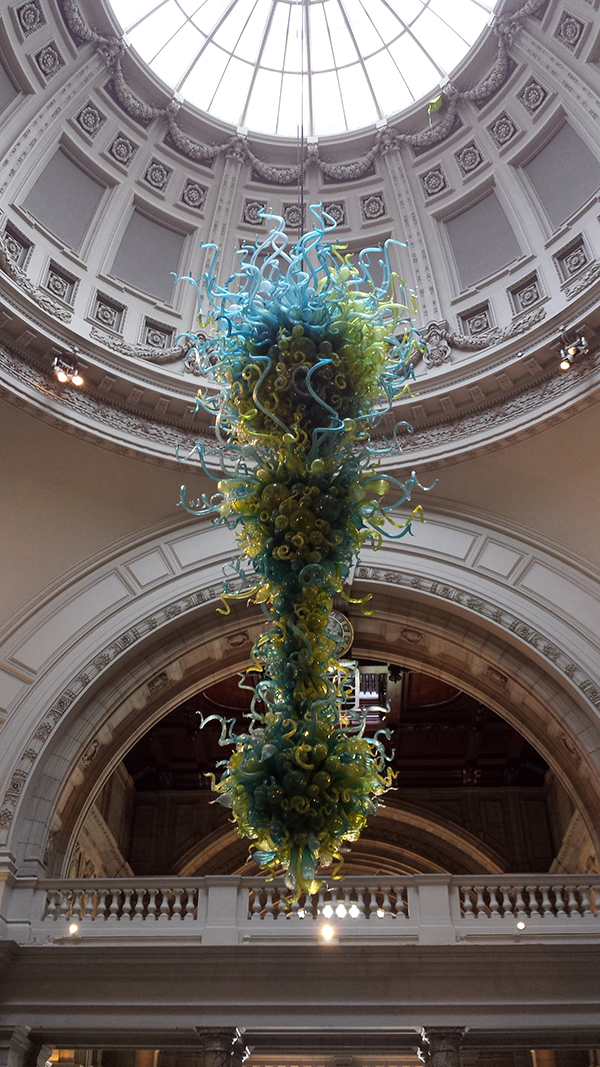 An amazing glass chandelier (or maybe just a sculpture?) in the entrance hall 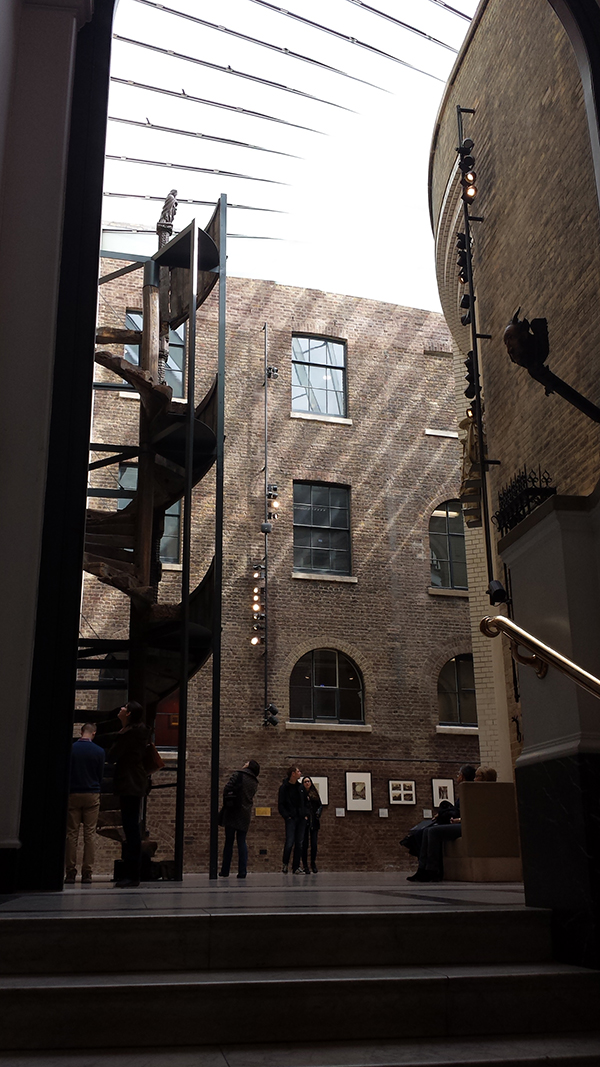 I wandered up some stairs and discovered the Simon Sainsbury Gallery, which was amazing and filled with random medieval artefacts 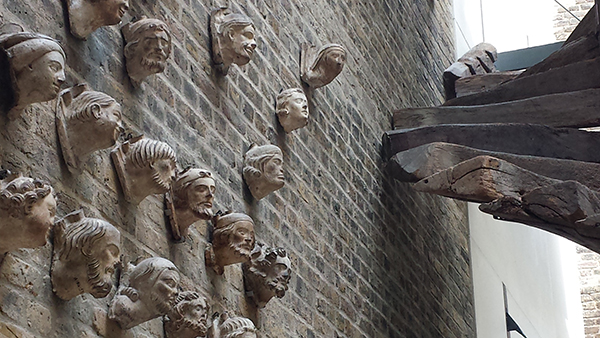 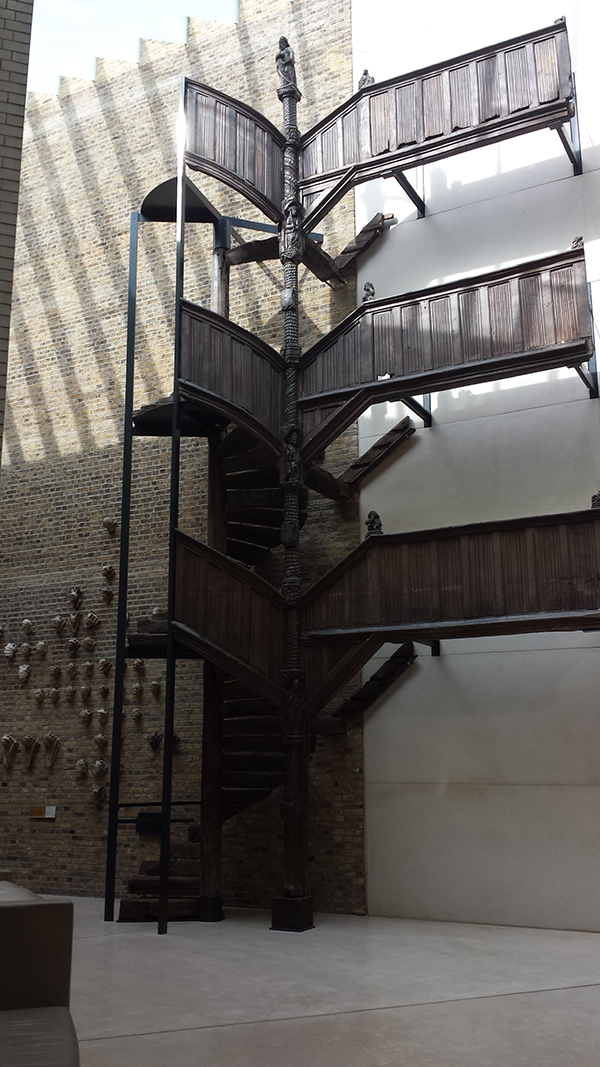 The full and rather magnificent oak staircase 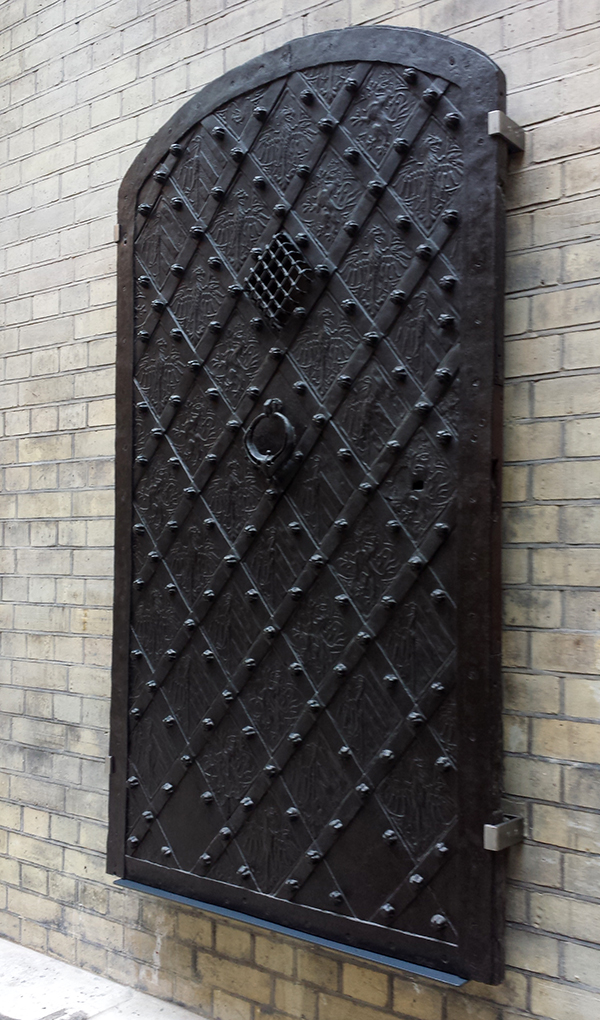 German door from about 1400. Pine covered with sheet iron. 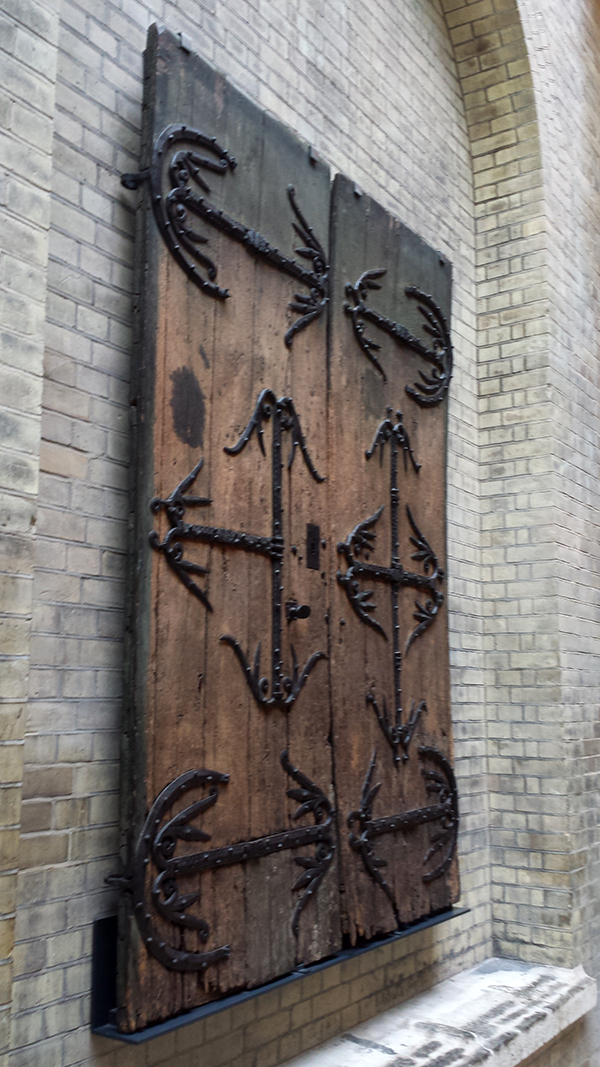 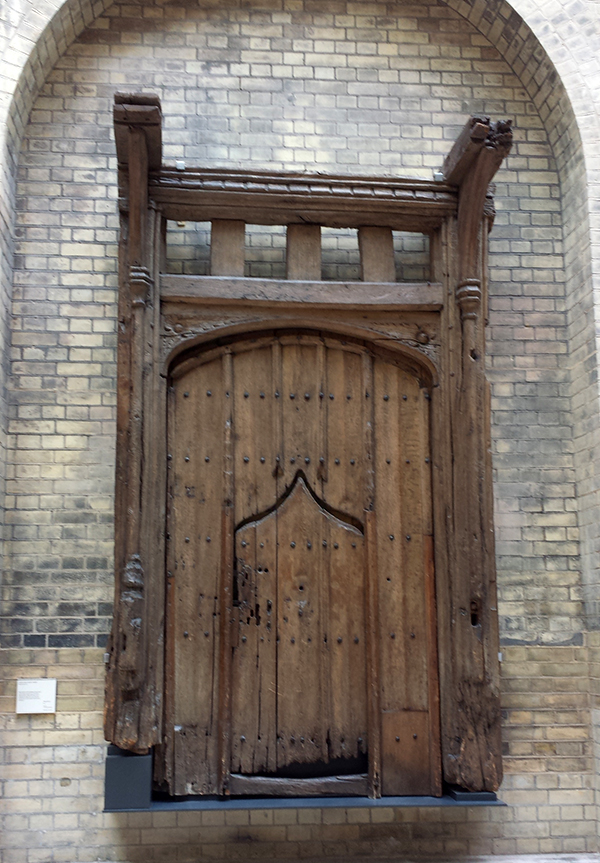 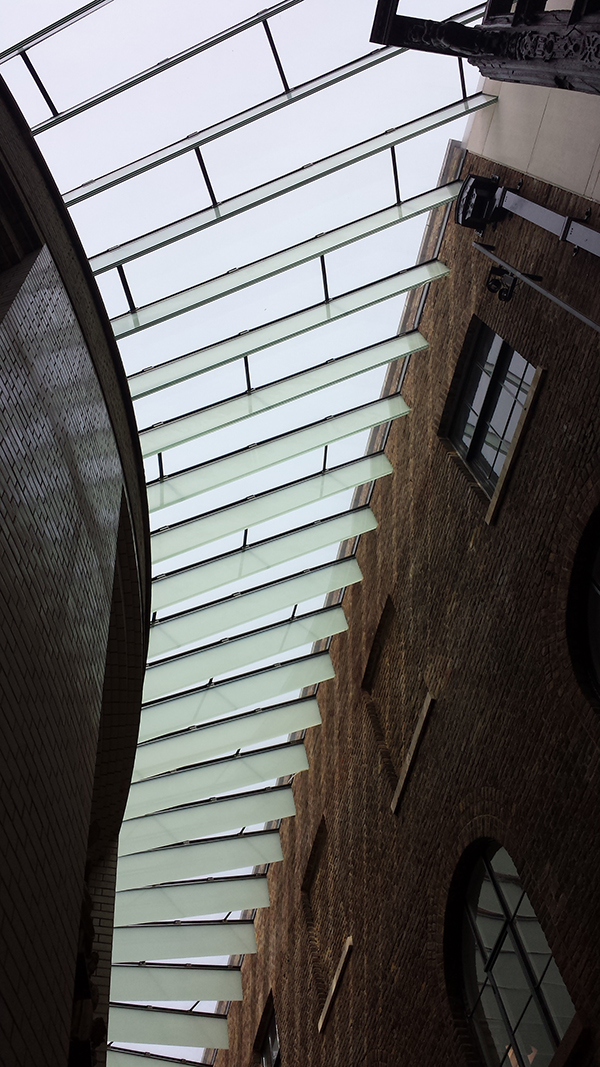 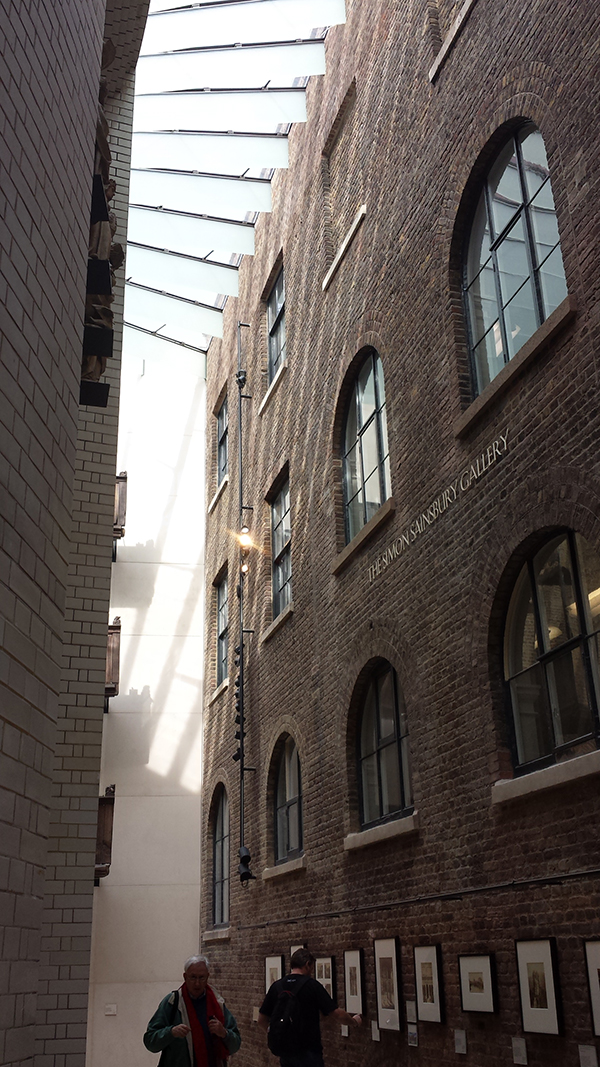 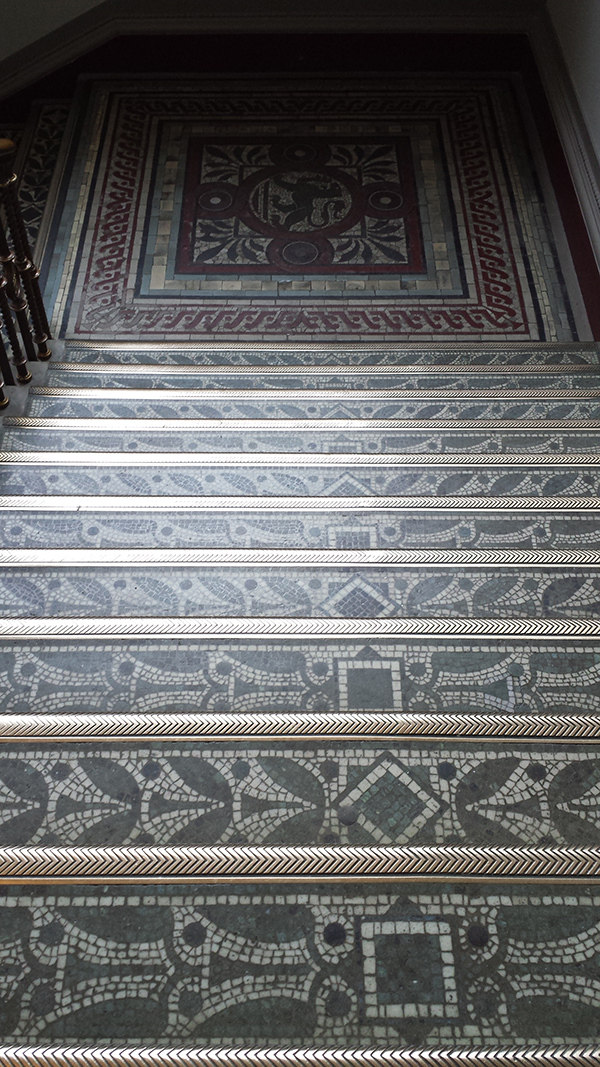 Even the staircases are works of art! 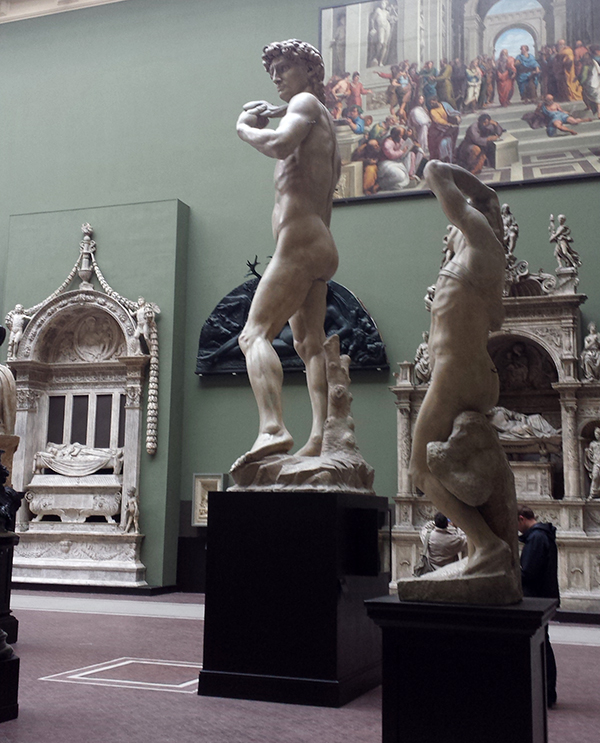 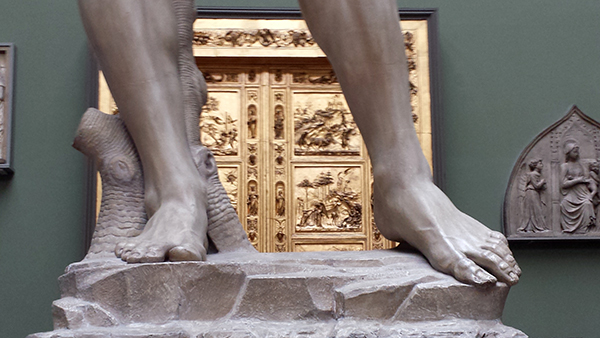 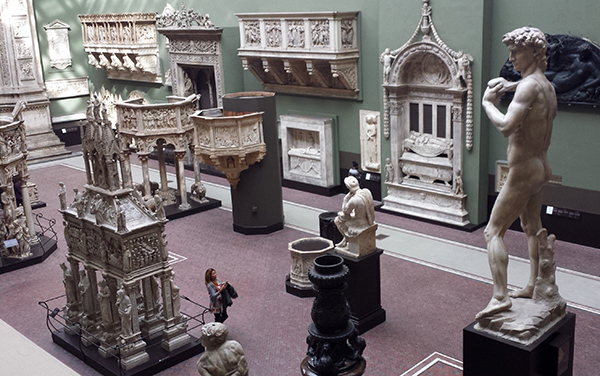 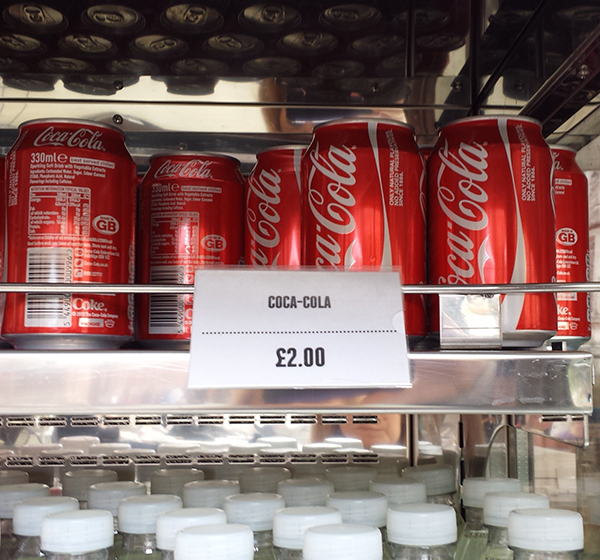 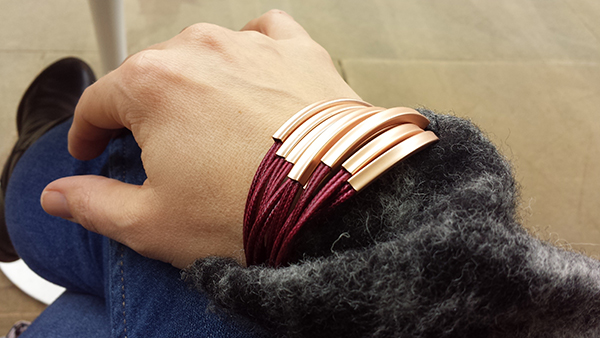 The V&A has a great gift shop, so I couldn’t resist treating myself… 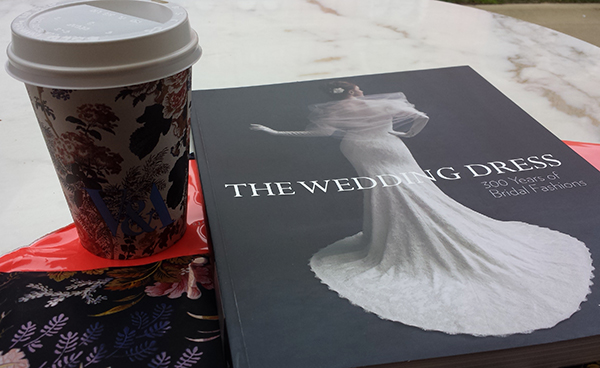 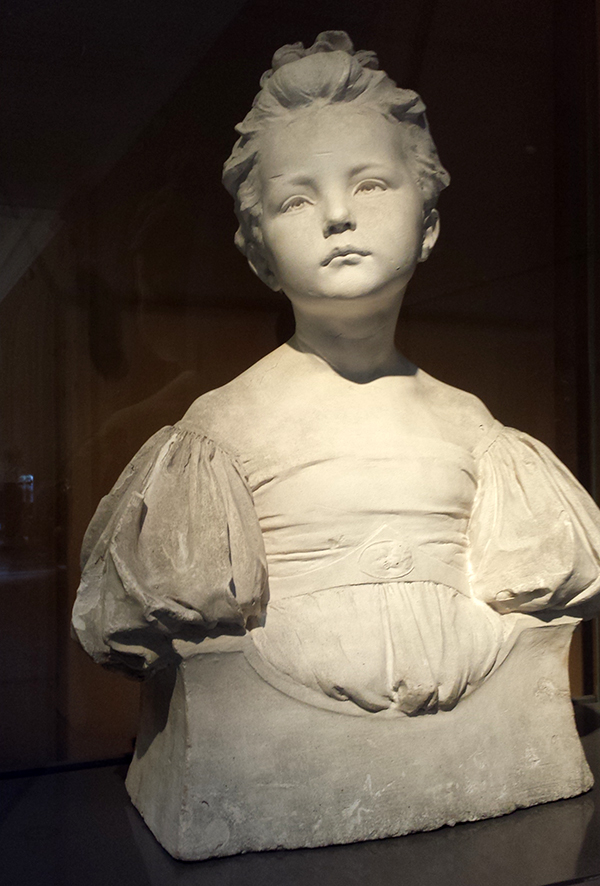 I didn’t take down the details of this sculpture of a little girl, but I came across her on my way out – isn’t she delightful?