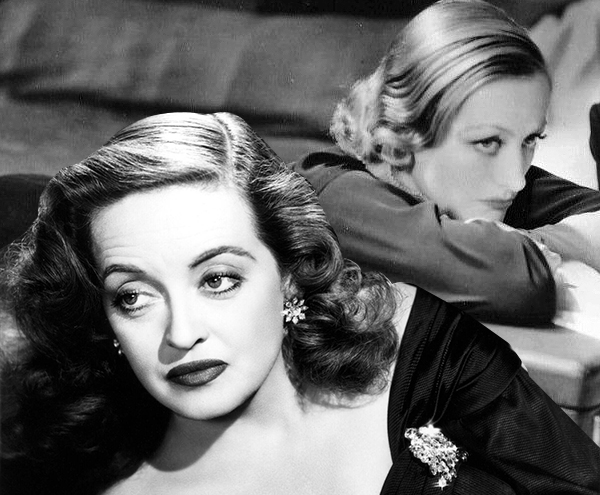 “The best time I ever had with Joan was when I pushed her down some stairs in Whatever happened to Baby Jane.”

So said Bette Davis about her rival and sparring partner Joan Crawford. The mutual dislike between Davis and Crawford is the stuff of Hollywood legend, but how did it come about?

Ironically two of the strongest women in the movie industry started hostilities because of a man. None other than the debonaire Franchot Tone (pictured with Bette below, and Joan further down the page). Bette fell for his charms while she was starring alongside him in the 1935 film Dangerous, only to have him stolen away from her by the newly-divorced Crawford. 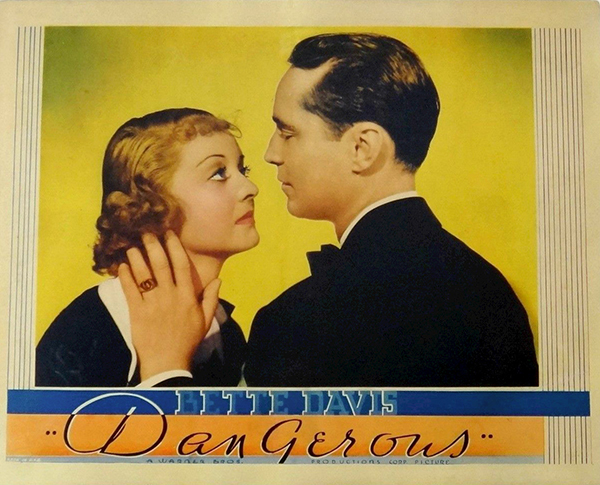 Bette Davis and Franchot Tone in the movie ‘Dangerous’

Legend has it that Crawford invited him over for dinner only to greet him naked in her solarium, what red-blooded male could resist?  Their affaire began and they announced their engagement shortly afterwards – all while the movie was still being filmed, so Davis’ nose was well and truly rubbed in it.

No holds were barred in the mudslinging which ensued over the following years. Bette claimed Crawford had “slept with every male star at MGM, except Lassie” and had eyebrows like “African caterpillars”, to which Crawford quipped “Poor Bette, she looks like she’s never had a happy day, or night, in her life.” Ouch! 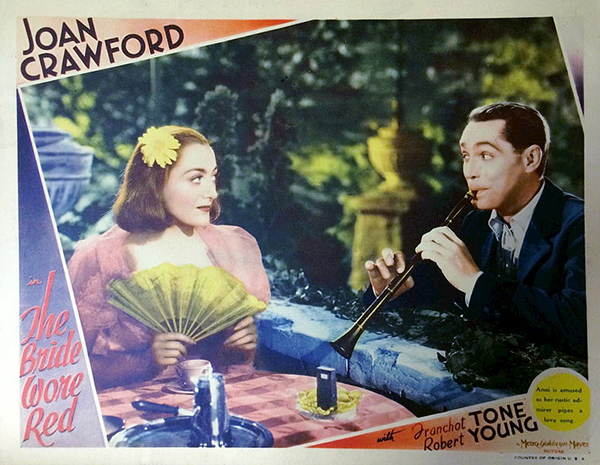 The rivalry reached its peak during the filming of What Ever Happened to Baby Jane.  When the two actresses had to fight on screen Bette “accidentally” kicked Crawford in the head, and Crawford allegedly sewed weights into her clothes for a scene where she was dragged along by Davis.

The famed animosity between the two actresses worked wonders at the box-office, and lasted a lifetime. When interviewed after Crawford’s death in 1977 Davis was quoted as saying: “You should never say bad things about the dead, only good…Joan Crawford is dead..Good.” 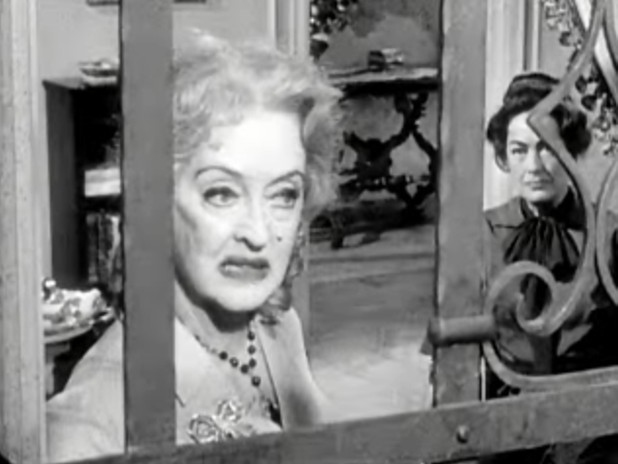 Davis and Crawford in ‘Whatever Happened to Baby Jane’

But enough anecdotes, let the ladies tell the story in their own acerbic words:

When told by director Robert Aldrich that the studios wanted Joan Crawford as her co-star for “Hush…Hush, Sweet Charlotte”
“I wouldn’t piss on Joan Crawford if she were on fire.”

“Why am I so good at playing bitches? I think it’s because I’m not a bitch. Maybe that’s why [Joan Crawford] always plays ladies.”

“[Joan Crawford] and I have never been warm friends. We are not simpatico. I admire her, and yet I feel uncomfortable with her. To me, she is the personification of the Movie Star. I have always felt her greatest performance is Crawford being Crawford.”

When asked about working with Joan Crawford in “What Ever Happened to Baby Jane?”:
“We were polite to each other – all the social amenities, ‘Good morning, Joan’ and ‘Good Morning, Bette’ crap – and thank God we weren’t playing roles where we had to like each other. But people forget that our big scenes were alone – just the camera was on me or her. No actresses on earth are as different as we are, all the way down the line. Yet what we do works. It’s so strange, this acting business. It comes from inside. She was always so damn proper. She sent thank you notes for thank you notes. I screamed when I found out she signed autographs: ‘Bless you, Joan Crawford.'”

After hearing that Joan Crawford cried copiously over “Dark Victory”
“Joan always cries a lot. Her tear ducts must be very close to her bladder.”

“She has a cult, and what the hell is a cult except a gang of rebels without a cause. I have fans. There’s a big difference.”

But they didn’t just save their bitchy comments for each other. Here’s what Davis had to say about Cary Grant:
“He needed willowy or boyish girls like Katharine Hepburn to make him look what they now call macho. If I’d co-starred with Grant or if Crawford had, we’d have eaten him for breakfast.”