I should probably point out that this might not be suitable for viewing at work. It’s not terribly risque, but there are some photos of 1920s topless showgirls, so I guess it depends on what you classify for NSFW, and I don’t want to get anyone into trouble!

The Folies Bergère opened in Paris in the late 1860s and started off as quite a tame light entertainment review.

During it’s early years the entertainment was mostly featured comic operas, popular songs and gymnastic acts, but the review took on a more exotic tone when Paul Derval took over and introduced the extravagant costumes and nude women for which the Folies Bergere became famous.

The show was also the inspiration for Florenz Ziegfeld Jr’s extravagant  Broadway Ziegfeld Follies of the 1910s and 1920s.

Here are some of the fabulous costumes and performers who graced the stage during the 1920s and 30s. I particularly love the lady wearing the elaborate ‘under the sea’ themed costume with just her naked breasts poking out!

Above: The dancing girls from the Folies Bergère photographed in 1934. Centre with the dark hair is Bulgarian ballerina Feo Mustakova-Genadieva. 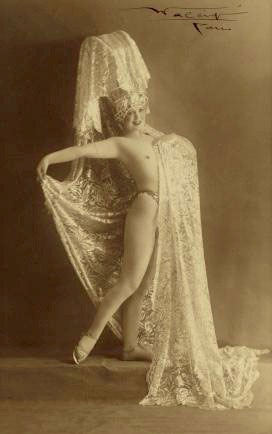 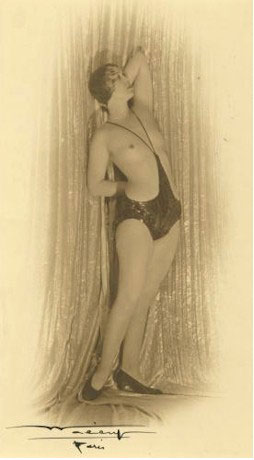 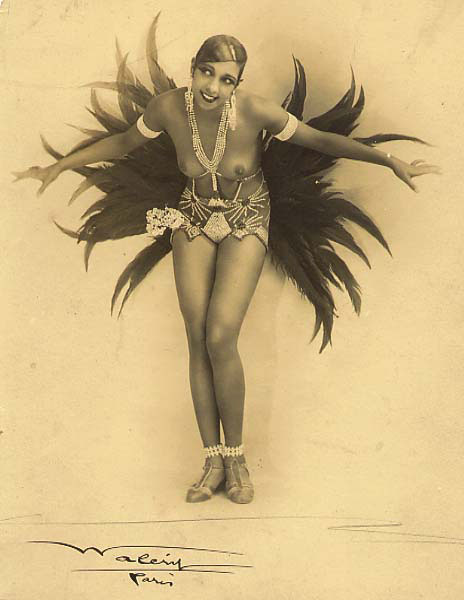 Dancers in sailor costumes backstage at the Folies Bergere, 1930s