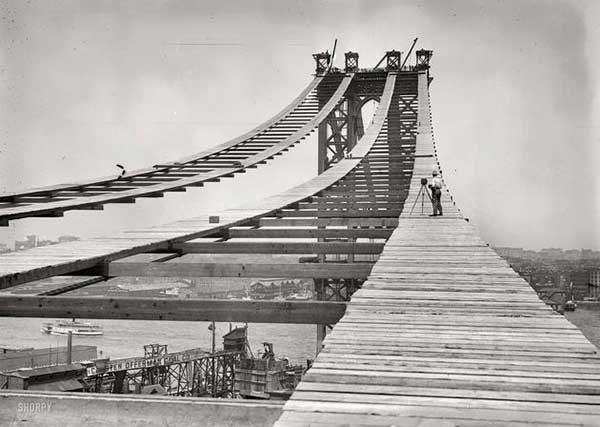 Wow, you’d certainly need a head for heights to do this job!  Back in 1908-9 when the Manhattan bridge was under construction there was no such thing as health and safety. You could wander the boards of the half-built bridge with your camera snapping photos of the workers without any questions being asked at all…

How high do you think they are in these photos? Maybe 50ft off the ground? It makes me feel quite dizzy just thinking about it!

Apparently 27 workers died during the construction of the bridge. Tragically another dozen people were killed just six days after the bridge opened during a stampede caused by a belief that the bridge was about to collapse. Fear of the collapse was allayed the following year when Barnum led a parade of 21 circus elephants over the bridge to prove it’s safety. At the time of it’s opening Manhattan bridge was the longest suspension bridge in the world.*

*Actually the information in that last paragraph belongs to the Brooklyn bridge. Sorry I got a bit confused there! 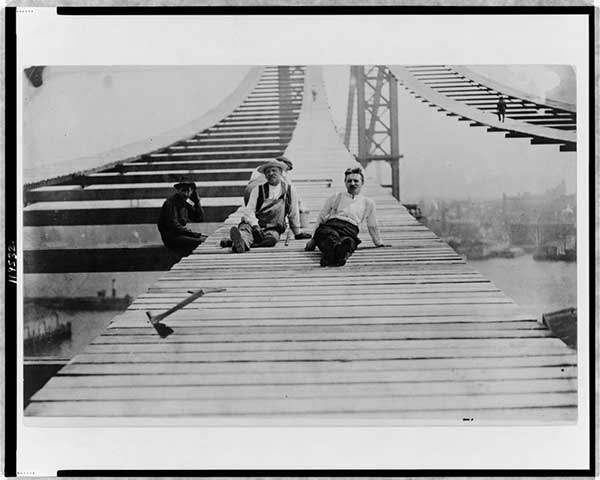 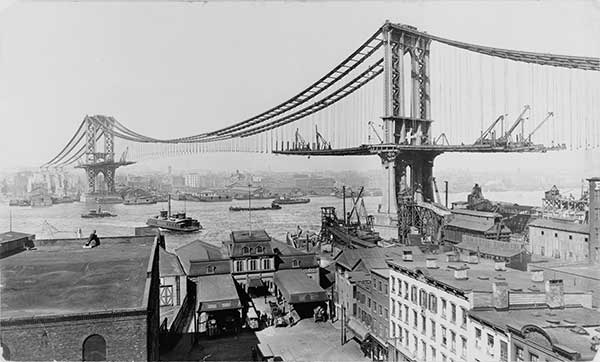 Image source and copyright: 1, 2, 3, This work is in the public domain in the United States because it is a work prepared by an officer or employee of the United States Government as part of that person’s official duties under the terms of Title 17, Chapter 1, Section 105 of the US Code.