1930 bridged the gap between the decadent 1920s and the introduction and enforcement of the Hayes Motion Picture Code which cracked down on immorality, nudity and general fun at the movies*. Here are some of the films released in this year. They range from the sublime to the ridiculous and from racy to glamorous not forgetting “The most sensational picture ever filmed!” (which looks like a shockingly awful piece of racist trash – luckily the Hayes code also cracked down on this type of film). What a year 1930 was on the silver screen!

I bet you can’t spot Gary Cooper (super dooper) and Fay Wray – they look very different! Plus, I suspect Paul Lukas’ mustache is drawn on in the photo below – what do you think? 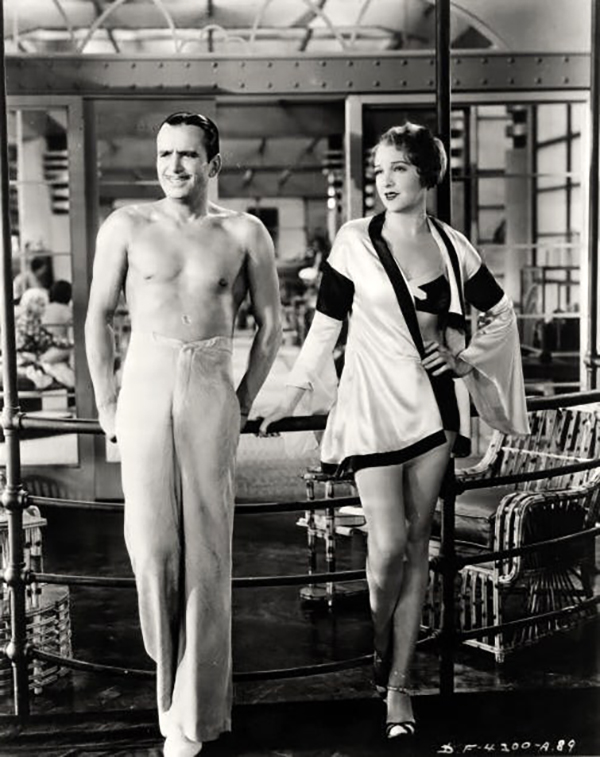 Douglas Fairbanks & Bebe Daniels in Reaching for the Moon, a black and white musical. 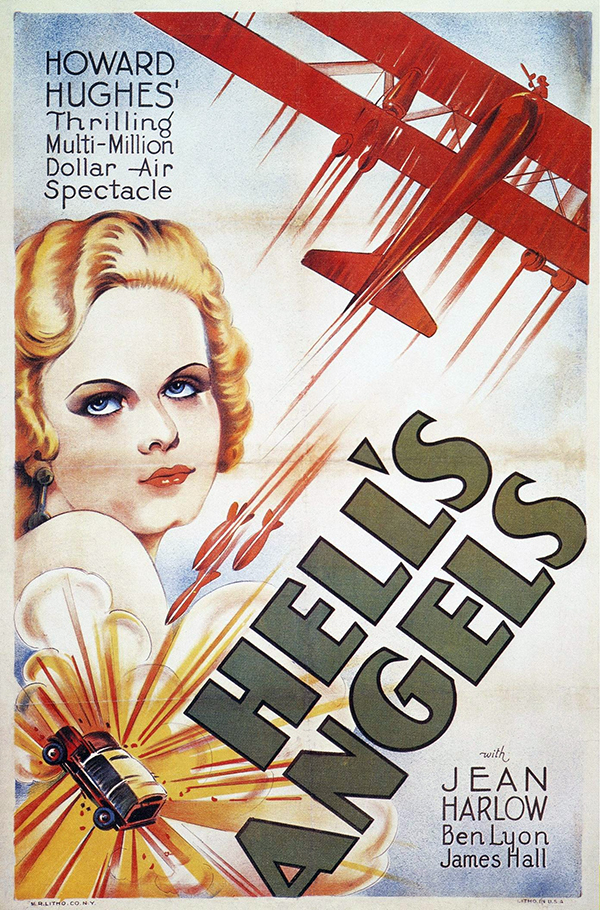 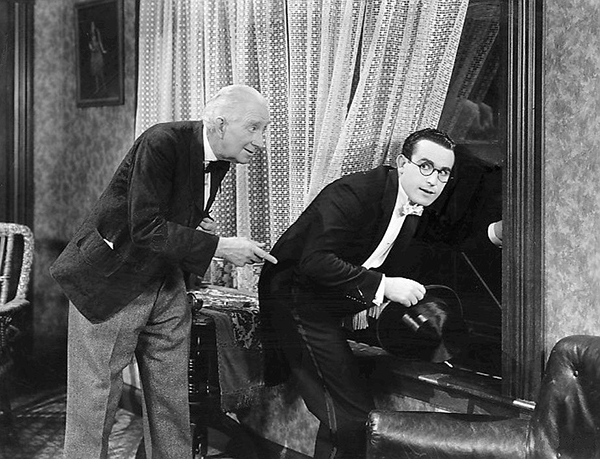 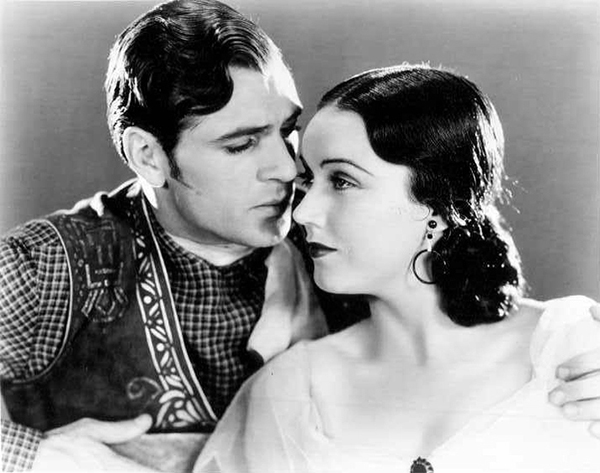 Gary Cooper (super dooper) and Fay Wray in a publicity photo for The Texan (1930). 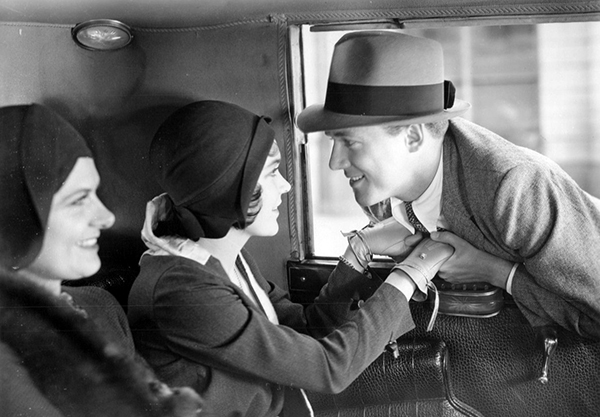 Photo of Mary Forbes, Maureen O’Sullivan and Frank Albertson from the film So This Is London. 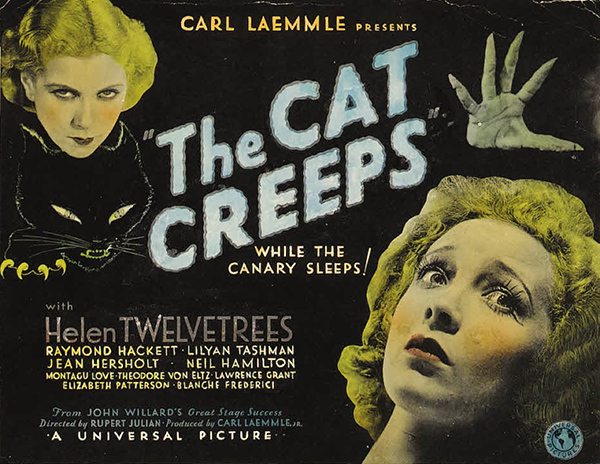 The Cat Creeps While The Canary Sleeps starring Helen Twelvetrees 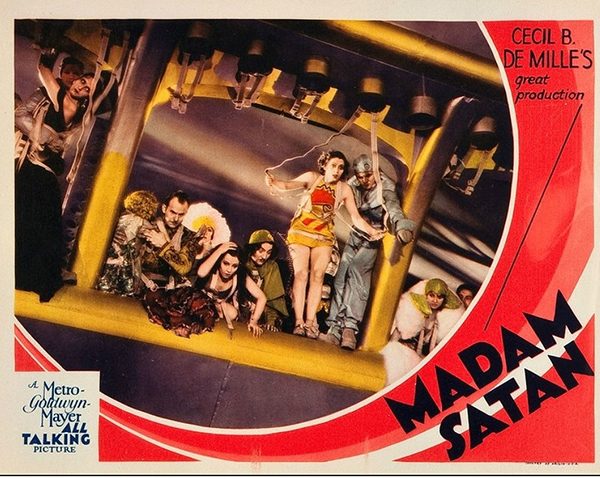 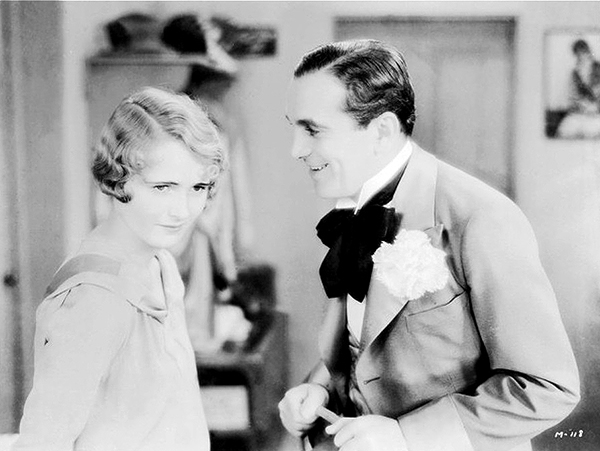 Photo from the 1930 film Mammy. Pictured are Lois Moran and Al Jolson. 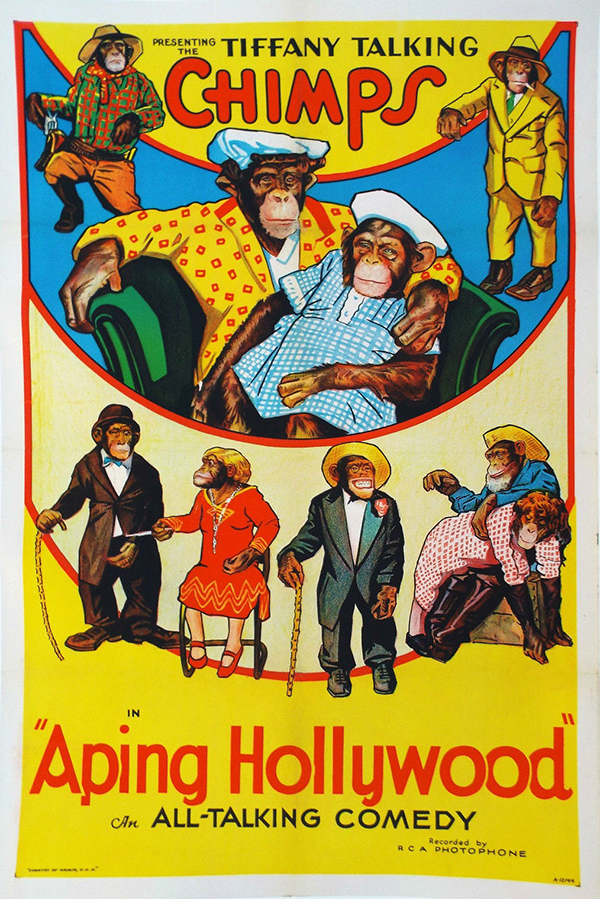 Poster for the 1930 film Aping Hollywood. 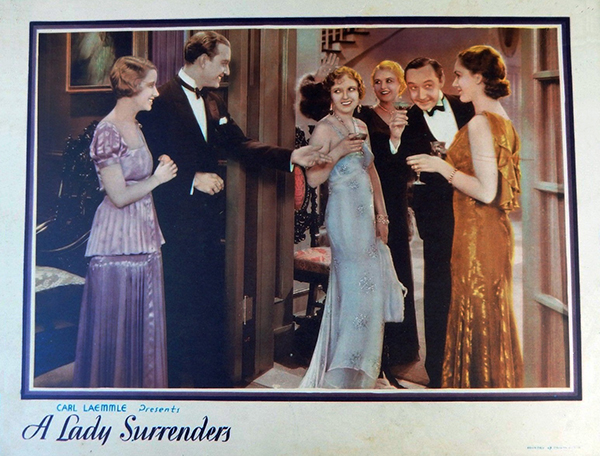 Lobby card for the 1930 film A Lady Surrenders. 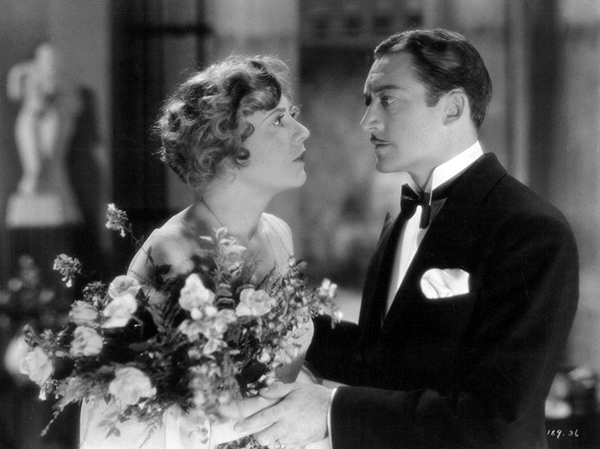 Photo of Lois Wilson and Theodore Von Eltz in a scene from the film Furies (1930). 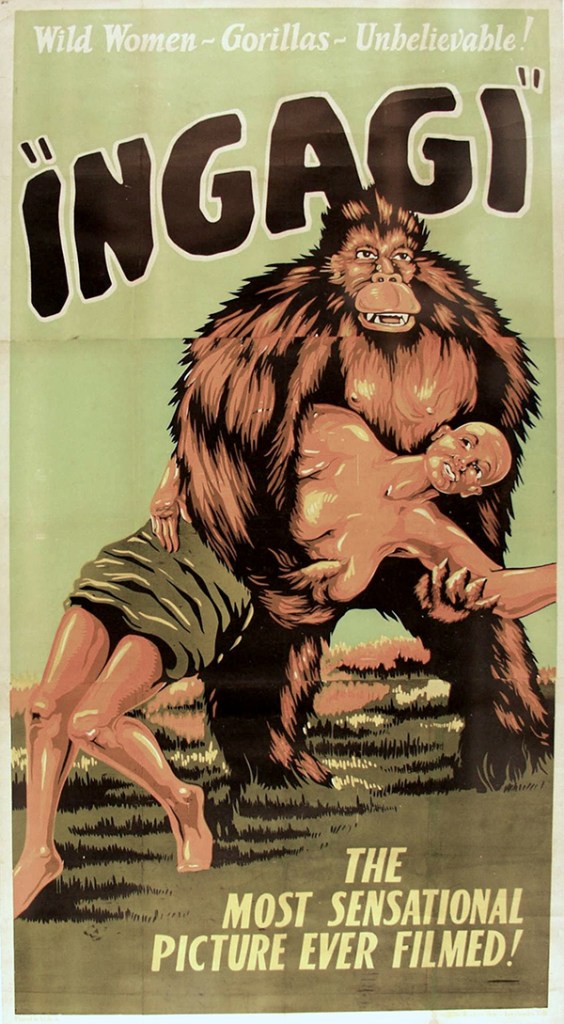 Ingagi is a 1930 Pre-Code exploitation film. This is a poster for the film. 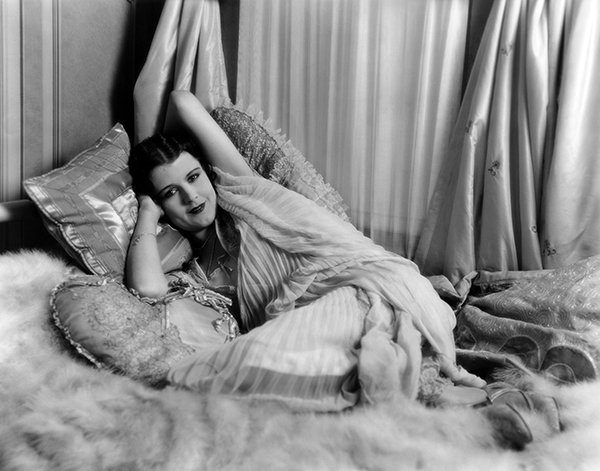 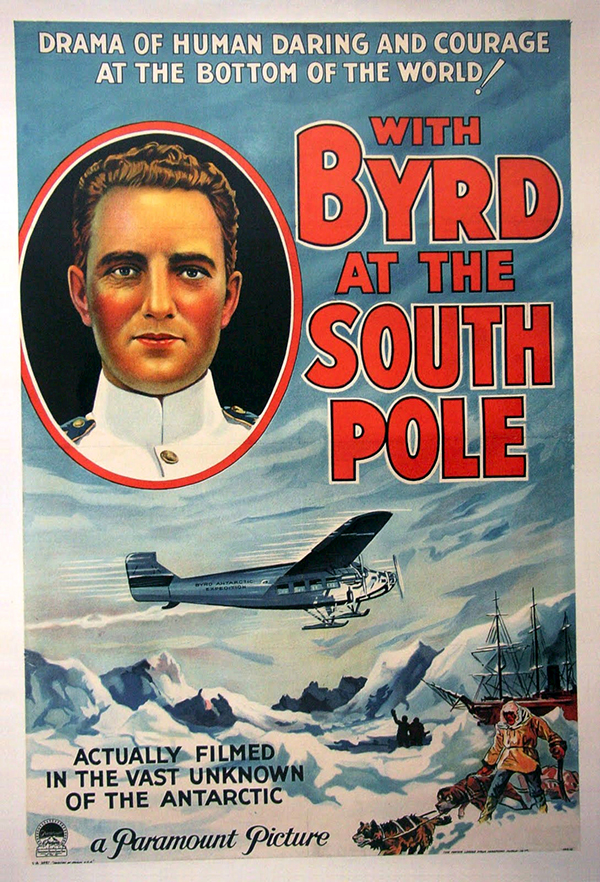 Byrd at the South Pole: “Actually filmed in the vast unknown of the antarctic” 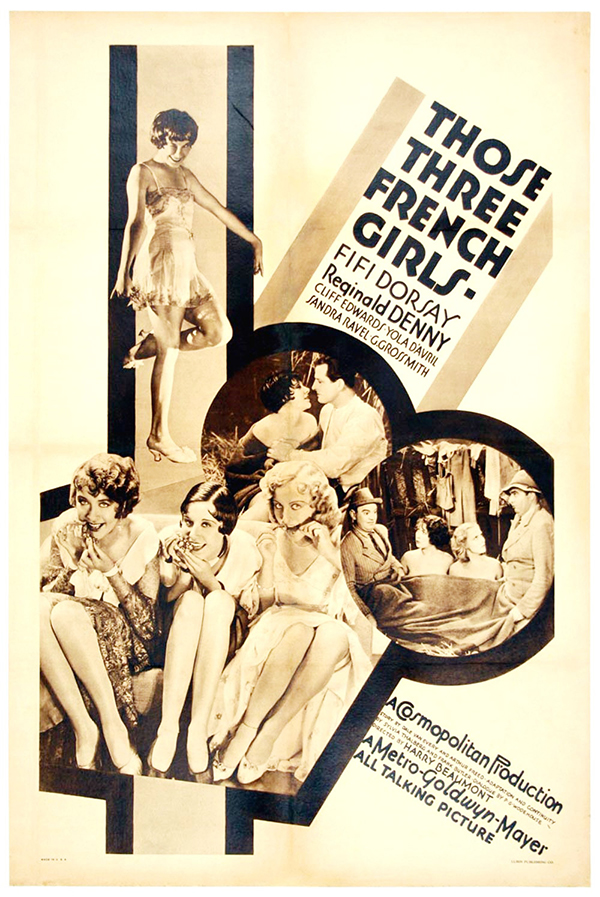 Those Three French Girls, an American comedy with screenplay by P.G. Wodehouse. 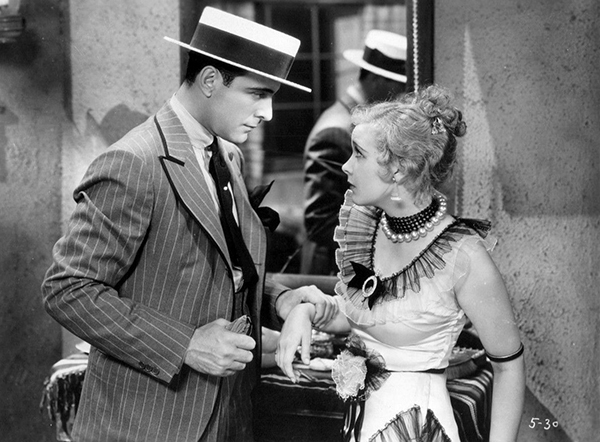 Photo of Ricardo Cortez and Helen Twelvetrees from the 1930 film Her Man. 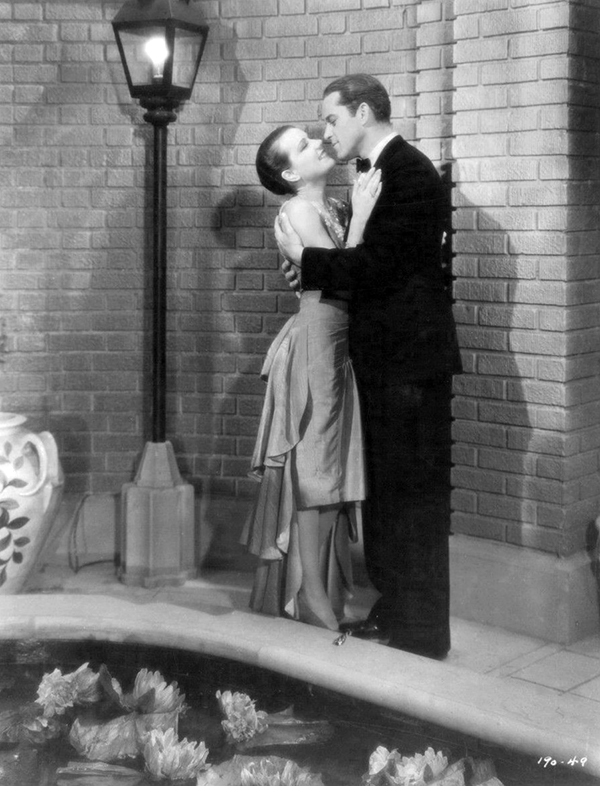 Photo of Bernice Claire and Alexander Gray from the film Spring Is Here. 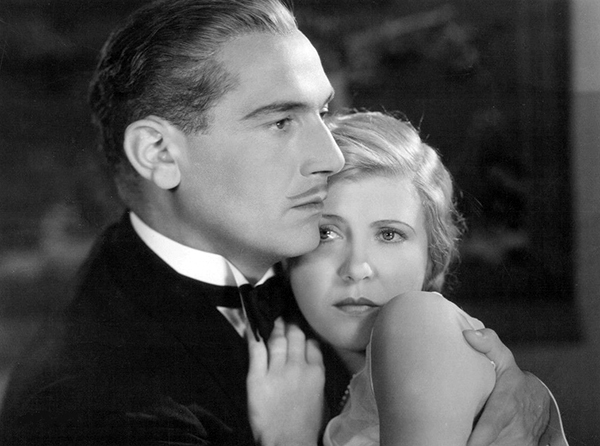 Paul Lukas and Ruth Chatterton in a scene from the 1930 film The Right To Love. His mustache is fabulous, but perhaps drawn on? 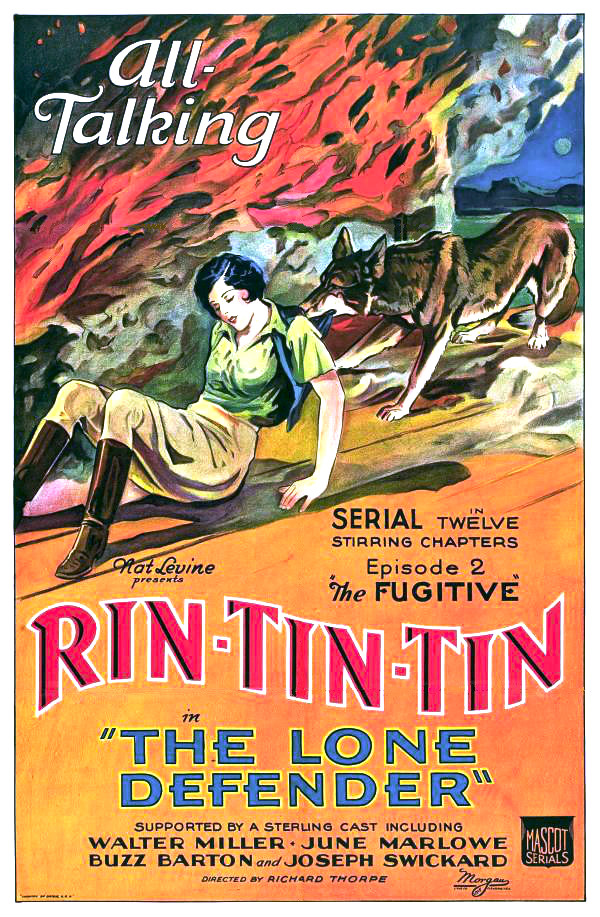 Rin-Tin-Tin in The Lone Defender 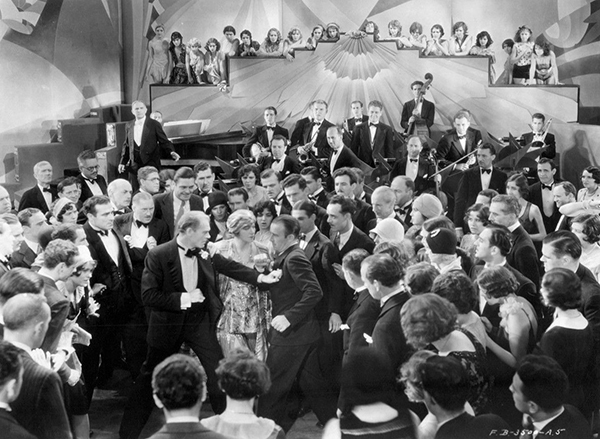 A scene from the Fanny Brice film Be Yourself.