I love that each woman is described with the job they did previously and what their husbands are doing for the war effort, it really adds some real-life interest to the photos. Their previous employment ranges from cabaret dancer to tobacconist! 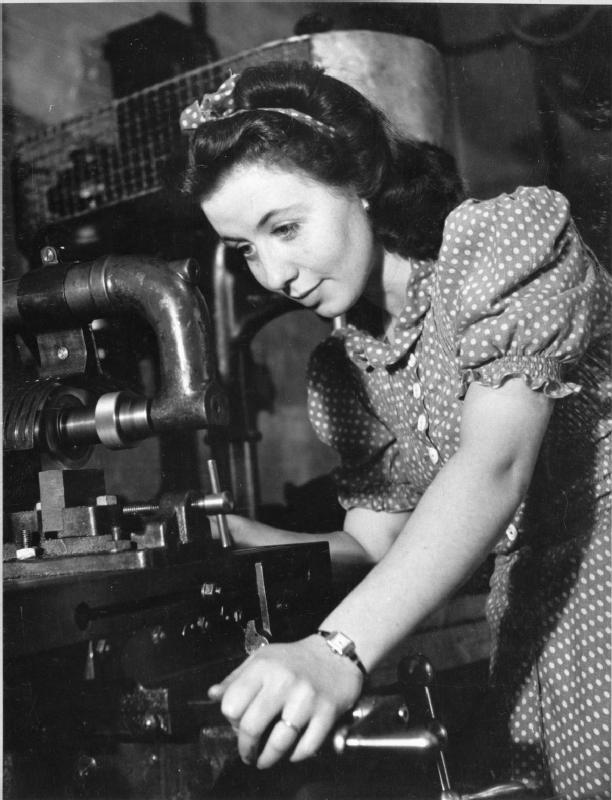 A machine shop trainee at the Ministry of Labour training centre at Chelsea Polytechnic at work on a milling machine. 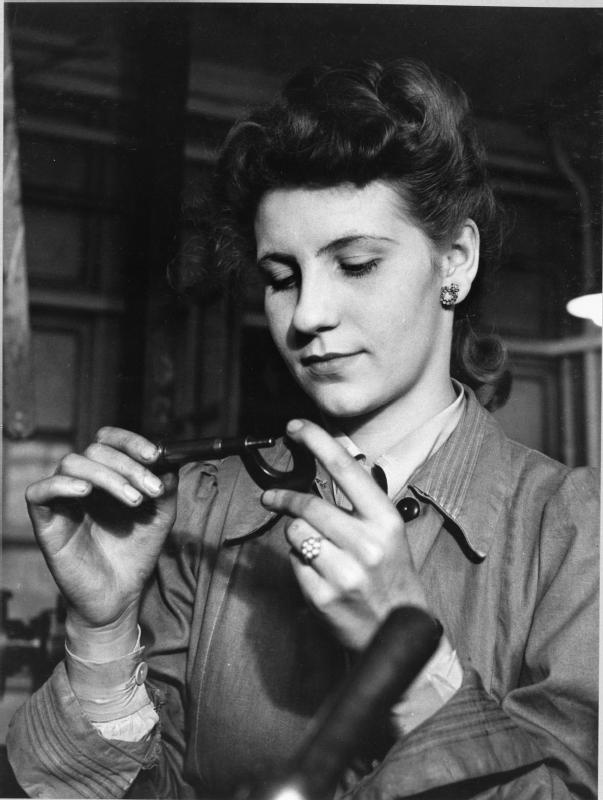 A trainee reads a micrometer at the Ministry of Labour training centre at Chelsea Polytechnic. 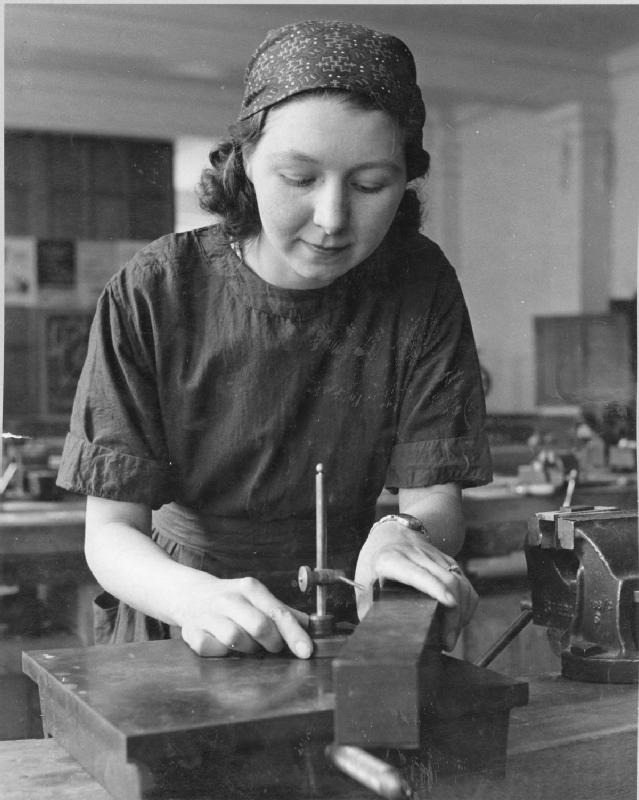 Mrs Hilda Woods of Whitton is ‘scribing’ (marking out lines) as part of her training at Chiswick Polytechnic. Before volunteering for war work, she was the manageress of a tobacconist’s shop. Her husband is in the navy and works as an artificer. 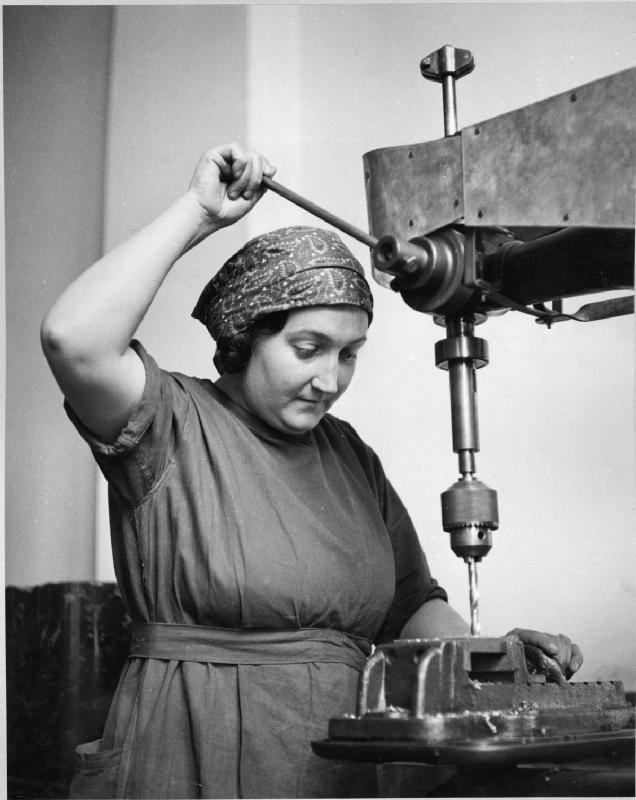 Mrs G Norris, from Richmond, works on a drilling machine at Chiswick Polytechnic. Her husband is in the Auxiliary Fire Service and they have two daughters, Marie (aged 11) and Eileen (aged 3 1/2). Before volunteering for war work, Mrs Norris was a window dresser. 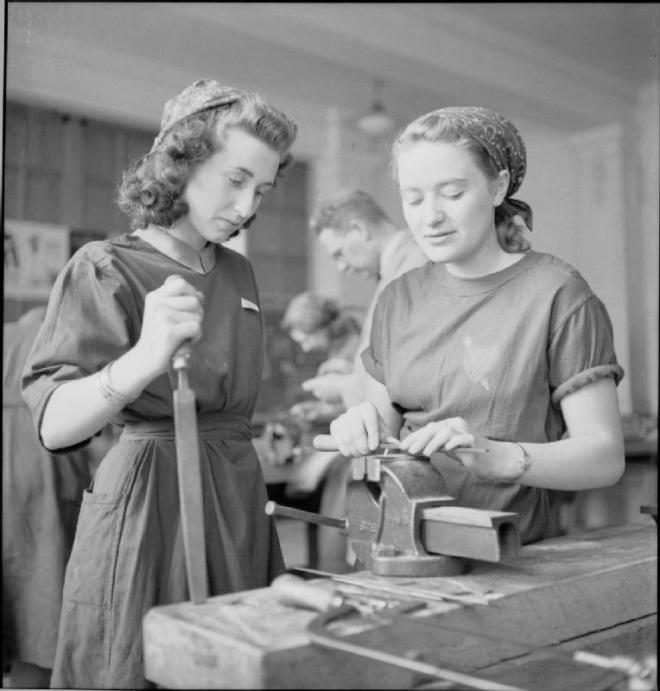 Mrs G M Godwin (20) and Miss Grace Bridges (20) at work at Chiswick Polytechnic. They appear to be sharpening tools, with Mrs Godwin (from Feltham in Middlesex) holding a large chisel. Mrs Godwin’s husband is in the Army, and her hobbies are dancing, tennis and hiking. Before volunteering for war work, she was a filing clerk. Miss Bridges was a variety and cabaret dancer, and comes from a family of six. 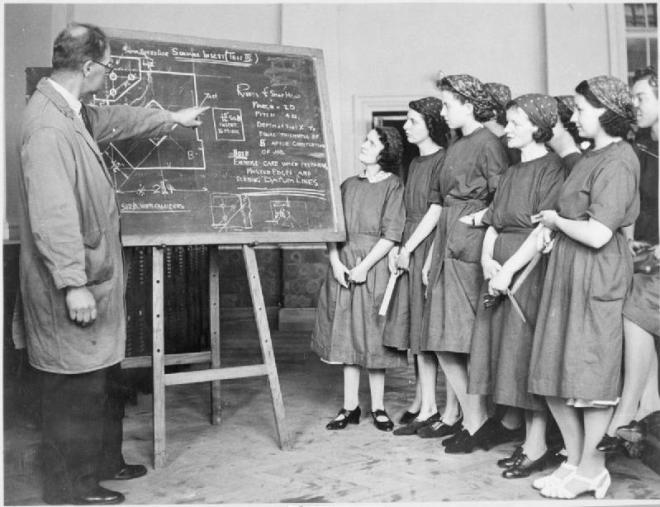 Mr H A de Jong, the Chief Instructor of Chiswick Polytechnic at Turnham Green, delivers a lesson to a group of trainees. The trainees undertake an eight-week training course at Chiswick before transferring to one of the many factories across the country. 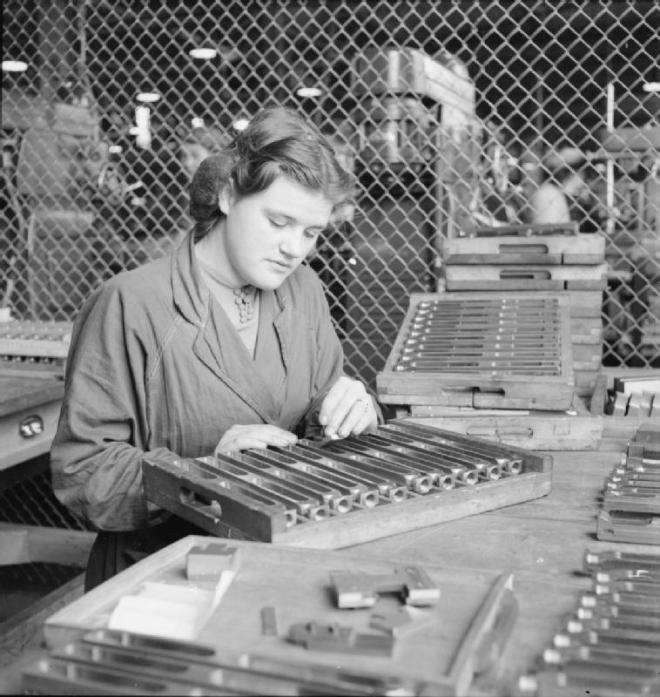 Mrs Elizabeth Henderson (originally from Gateshead) inspects the extension pistons of Bren guns at Chiswick Polytechnic. Her husband is in the Army. 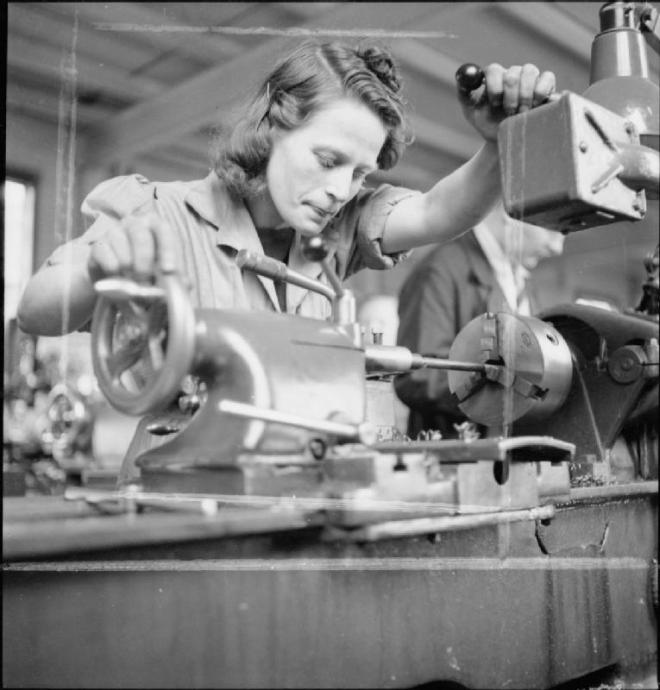 Mary Devlin, aged 20, is originally from Ireland. Here she can be seen working on the manufacture of a Bren gun part at Chiswick Polytechnic. 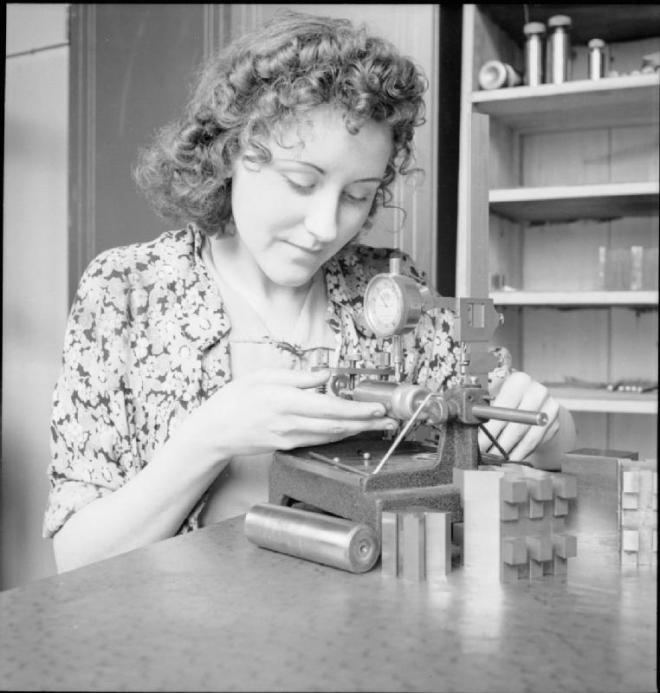 Peggy Stevenson (aged 21) is inspecting gauges at Chiswick Polytechnic. Peggy is from Bansham and, in her spare time, likes walking, dancing and drawing. 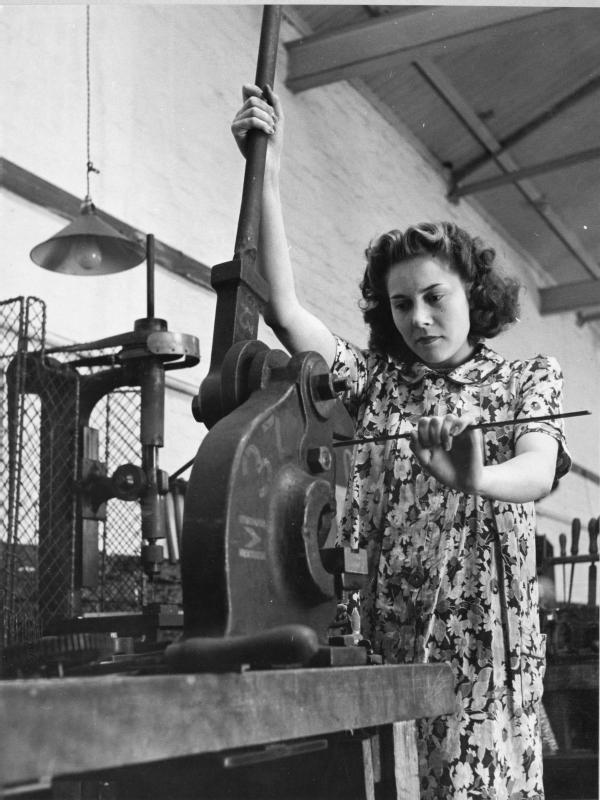 A trainee in the fitting shop of the Ministry of Labour training centre at Chelsea Polytechnic punches a hole into a bar of metal.

One thought on “The Real Factory Women of Wartime London”