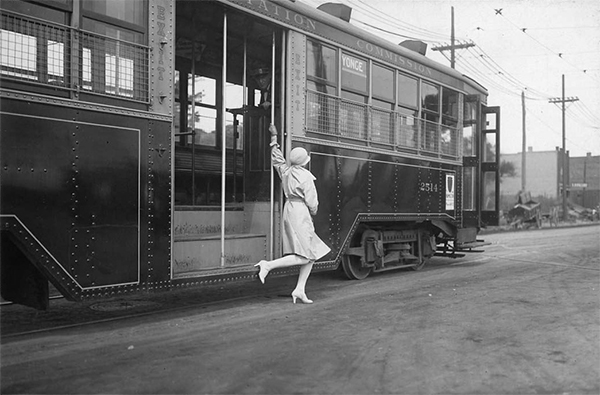 1928 was an interesting turning point in 1920s fashion. The boyish figure of the mid 1920s was starting to become more feminine again with female curves starting to re-emerge from androgyny.  The tubular flattening underwear of earlier in the decade was becoming more forgiving (or at least more womanly in shape), and once again women were allowed to have waistlines and curves, yay!

These photos are a really interesting mixture of candid shots of people going about their every day lives and the glamour of the rich and famous, personally though I love the chic simplicity of this lady getting off the streetcar above, although Joan Crawford looks fabulous too (below).

Above: A woman disembarking from a streetcar in Toronto, Ontario, Canada. July 1928 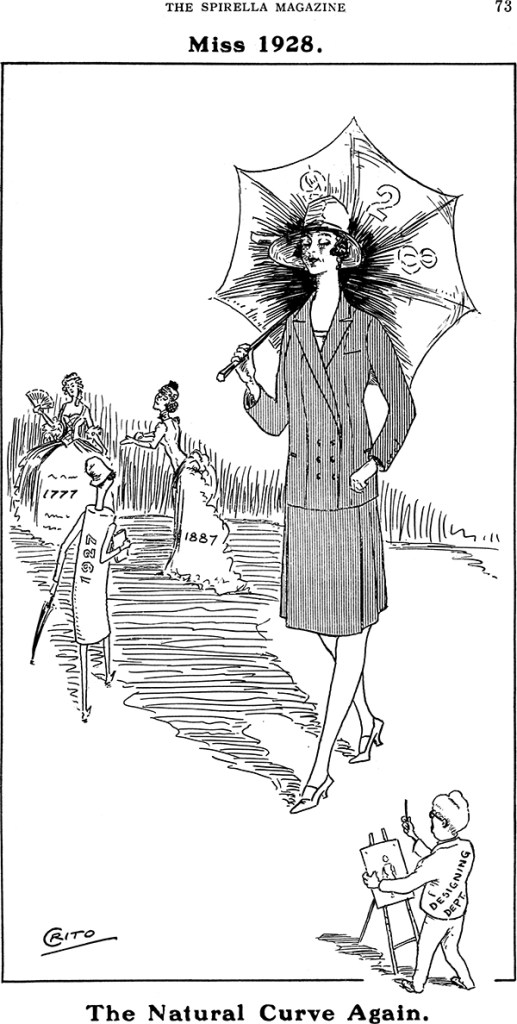 A sketch from Spirella magazine, showing the changing silhouette of fashions in 1928 compared to the unnatural silhouettes of the previous year and the 2 previous centuries. 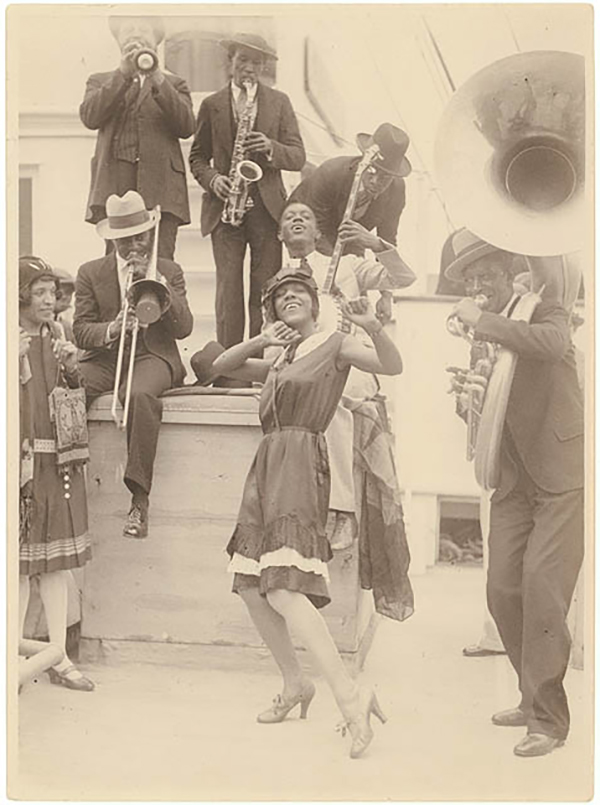 ‘The Colored Idea Band’ of Sonny Clay arrives in Sydney, 1928. The band entered Sydney Harbour playing their newly composed “Australian Stomp” on deck, with their dancers performing. After good reviews, the Truth newspaper organised for the band to be raided. They were found with Australian women and deported. African American bands were banned from visiting Australia until 1954. A woman with a fashionable finger-waved bob (or is her long hair just pinned up to look like a bob…?) 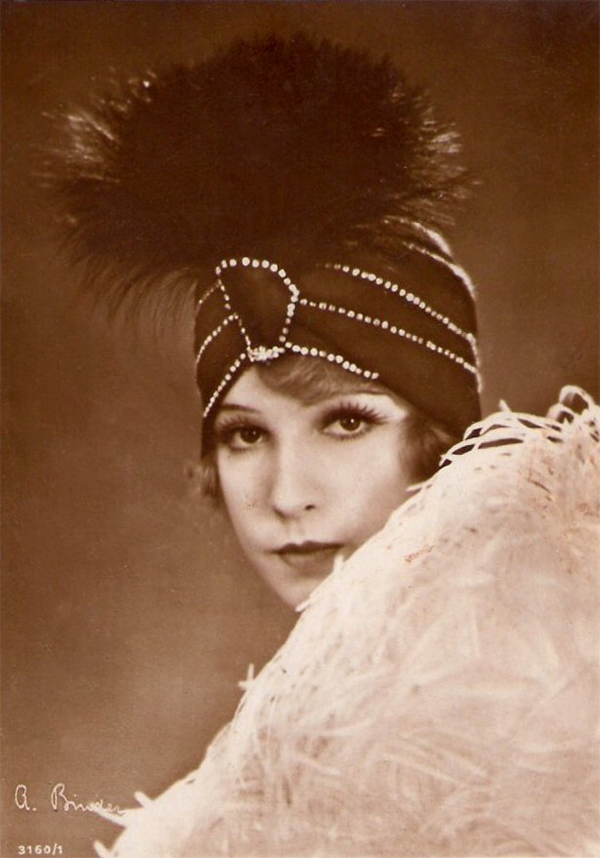 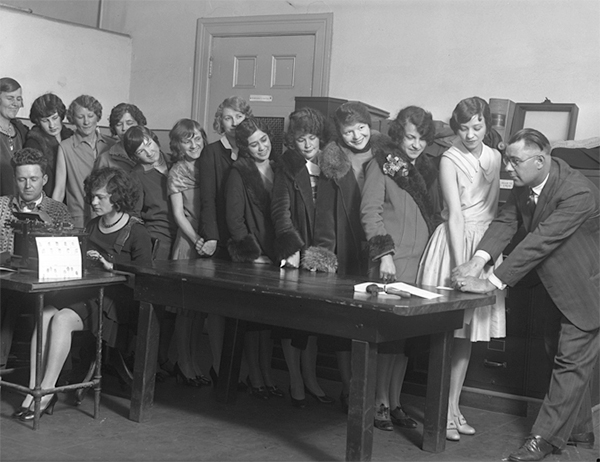 Women clerical employees of Los Angeles Police Department getting fingerprinted and photographed in 1928. I love the sailor suit worn by the girl at the front of the queue! 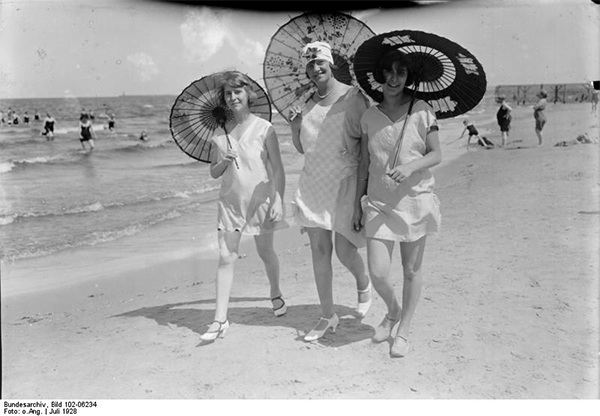 Women walking on the beach with Chinese-inspired parasols 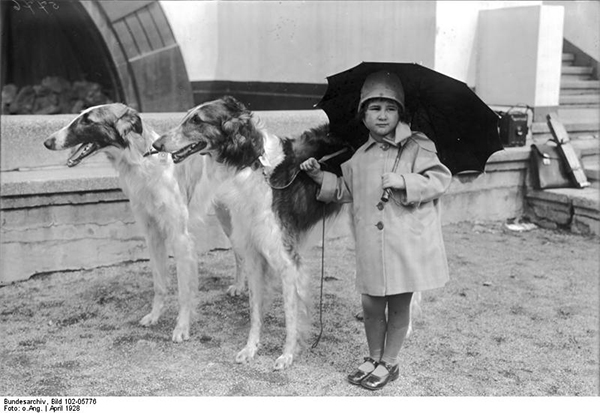 Little girl at a carnival dog show in Germany with her prize winning Russian greyhounds. 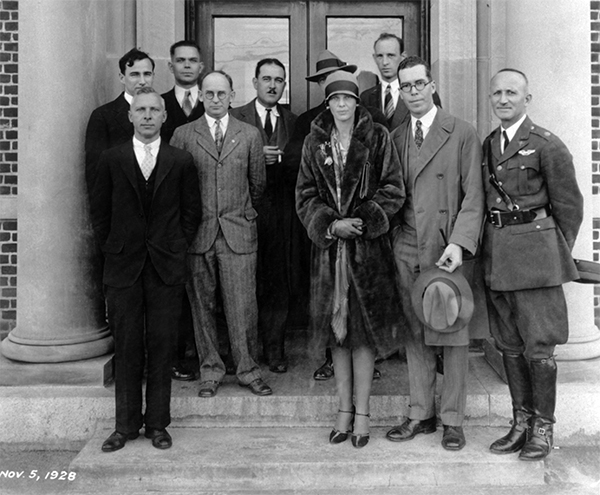 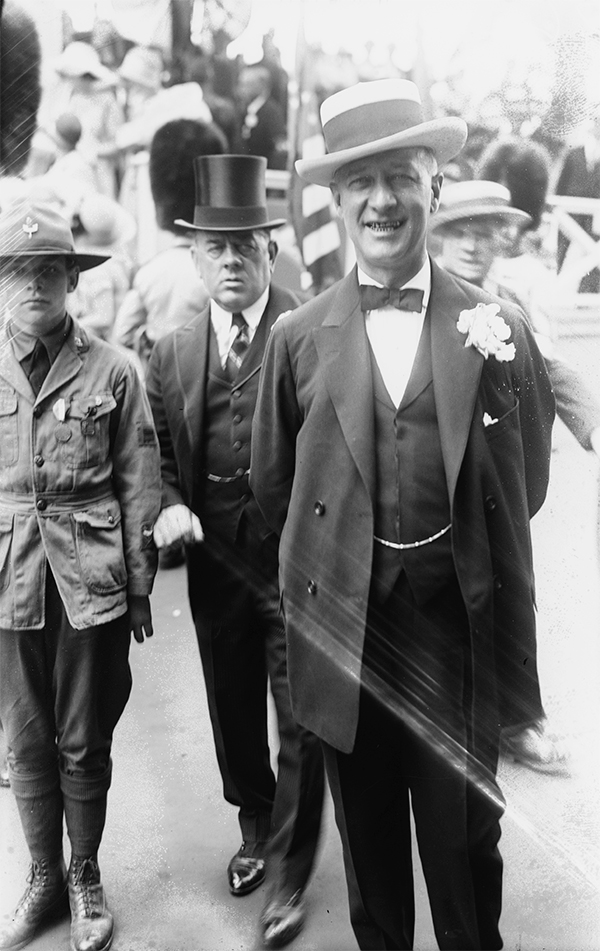 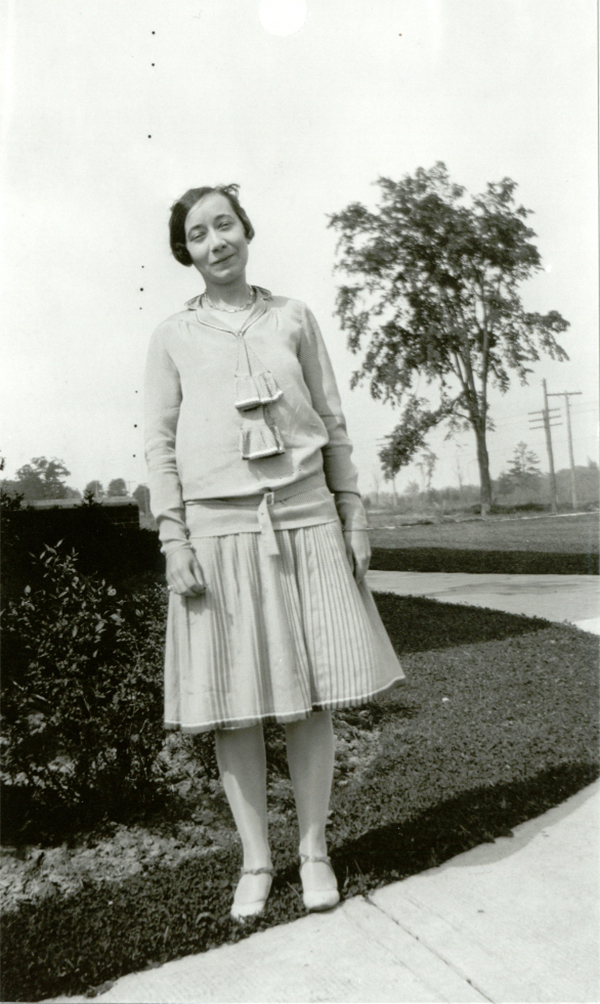 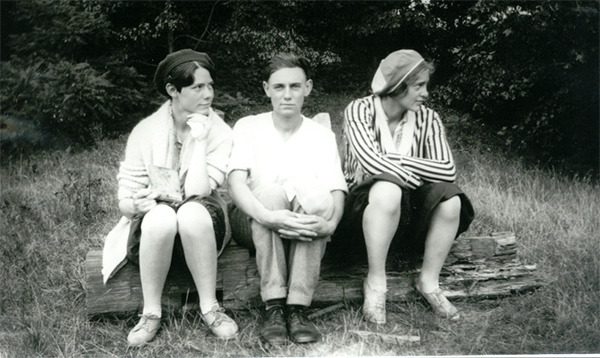 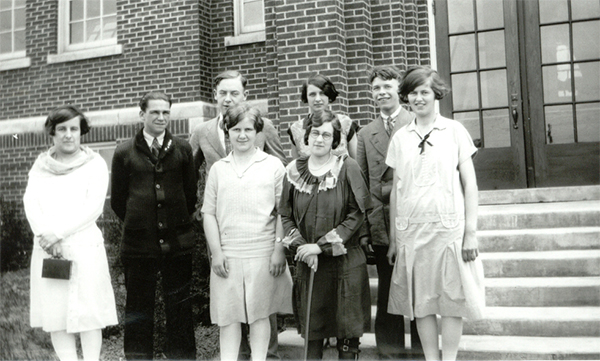