I love this series of photos. Some of them could have been taken anywhere during the Sixties: the Mary Quant fashions and girls with their heavy eye-makeup and bouffant hair (even on the ballerinas). But then there are some uniquely Parisian photos too: the street scenes, the elderly couple snoozing in the Louve, the stamp collectors and the amphibious car crossing the Seine!

Below: Girl dancing at a discotheque, Paris 1963 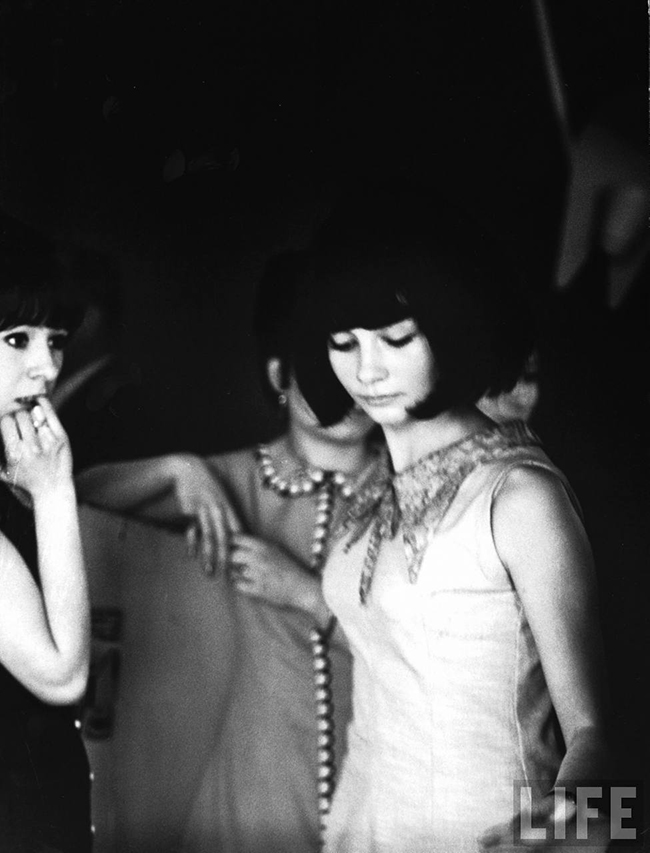 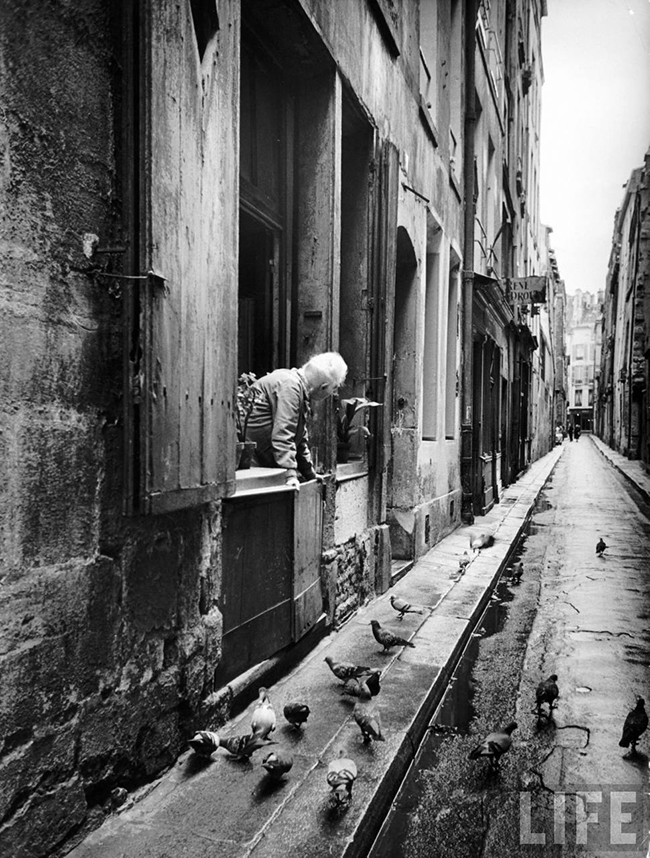 Woman looking out her window at street with pigeons lining the pavement below her. 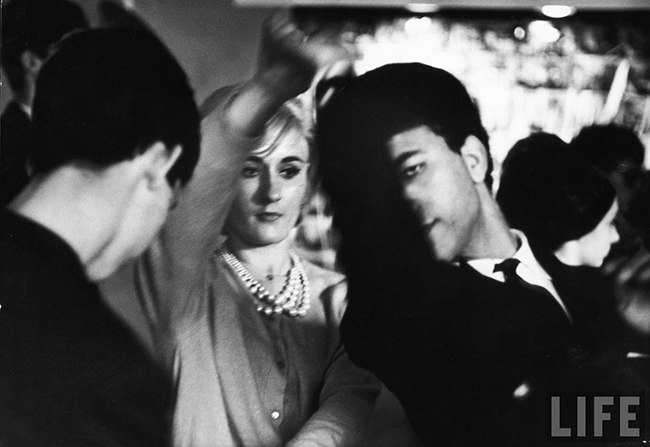 Young Parisians dancing at a discotheque. 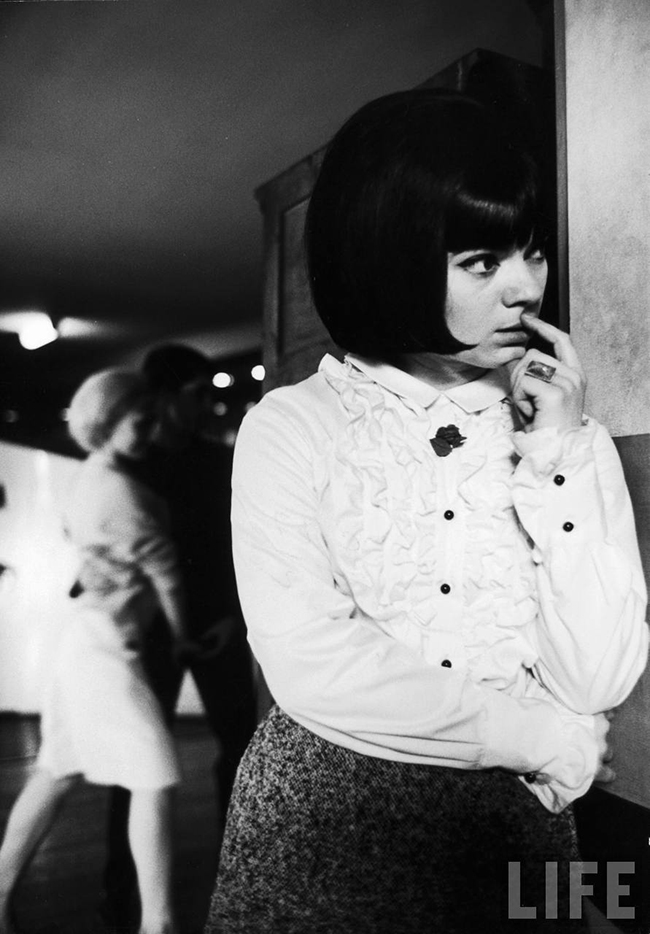 Young Parisian woman with a Mary Quant hairstyle at a discotheque. 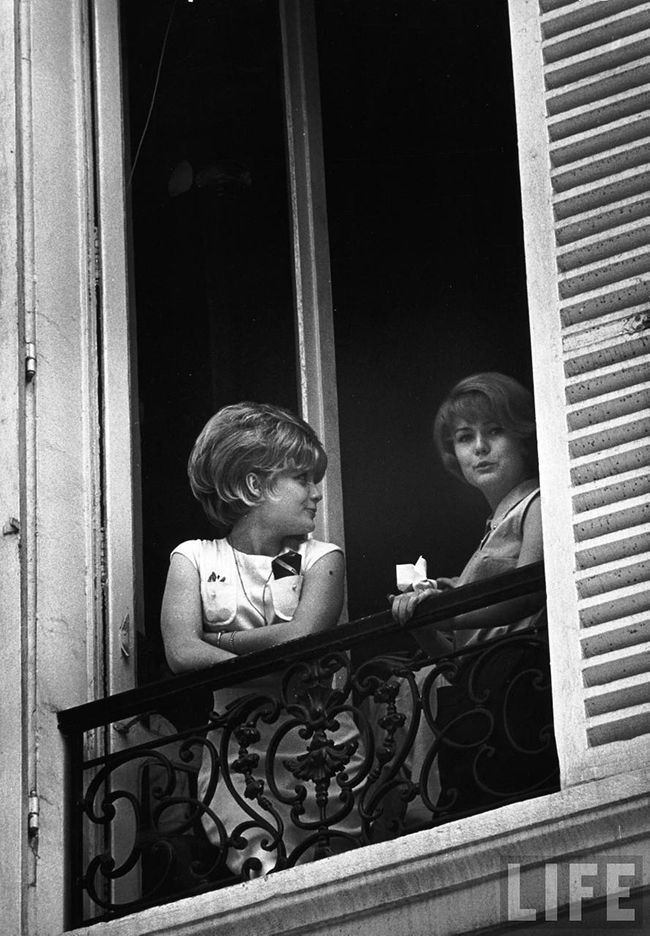 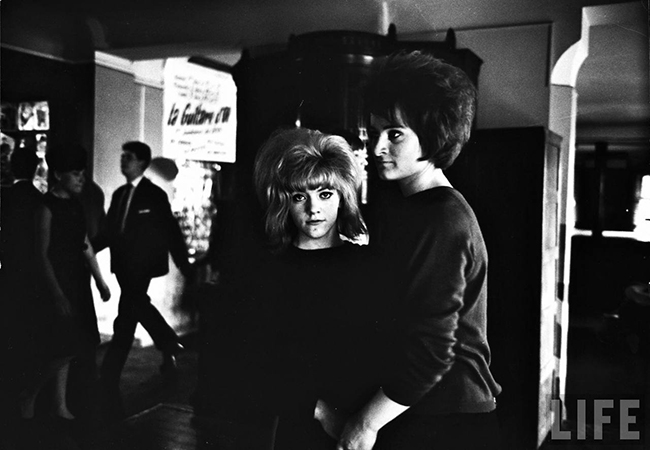 Young Parisian women dancing together at a discotheque. 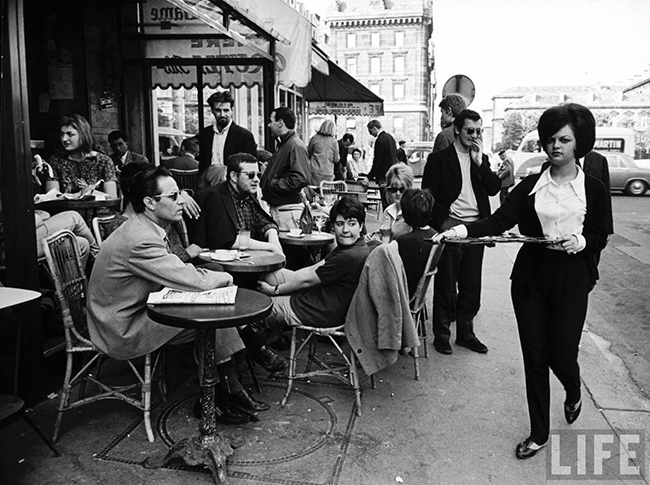 Parisians at a pavement cafe. 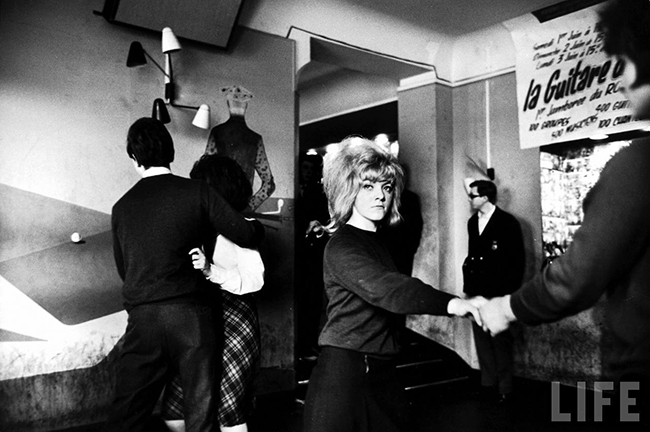 Dancing at a basement disco 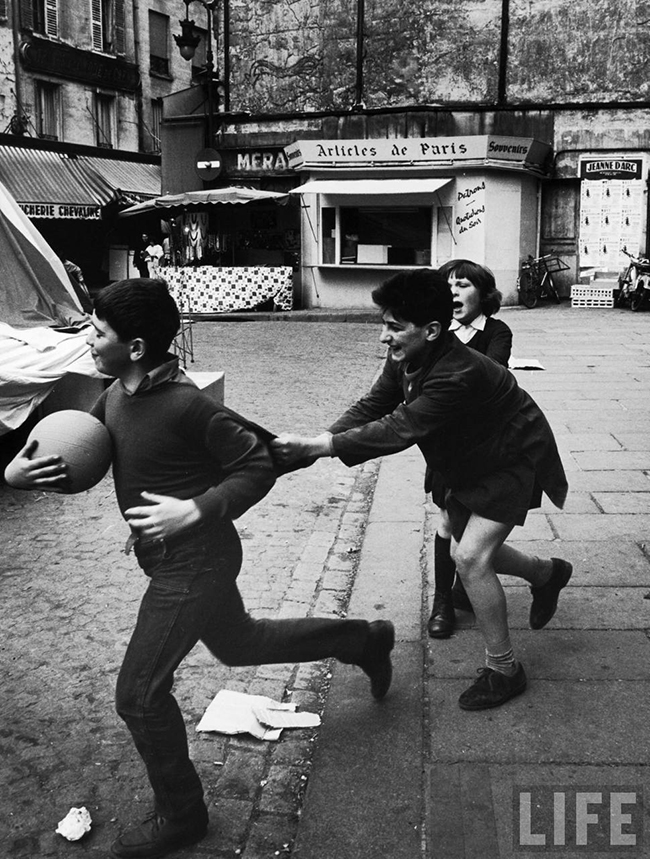 Parisian children playing in the street. 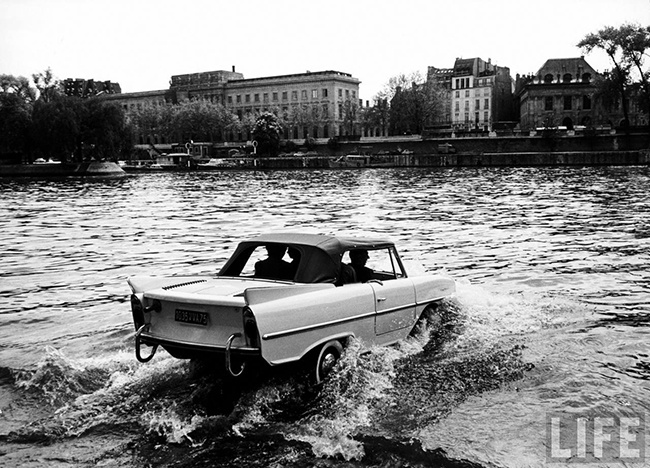 Driving an amphibious car into the river Seine. 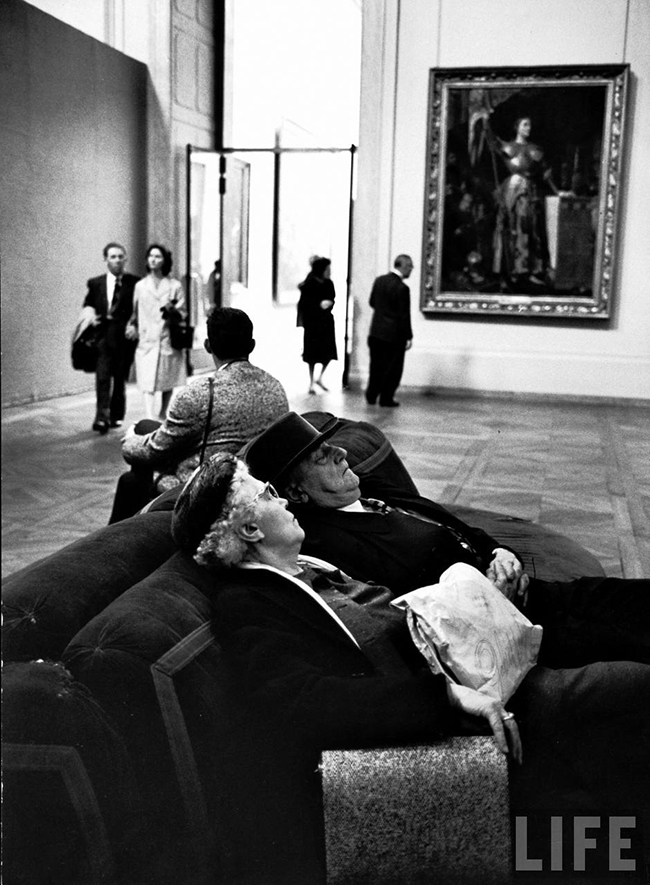 Two weary American tourists resting on sofa in gallery of the Louvre. 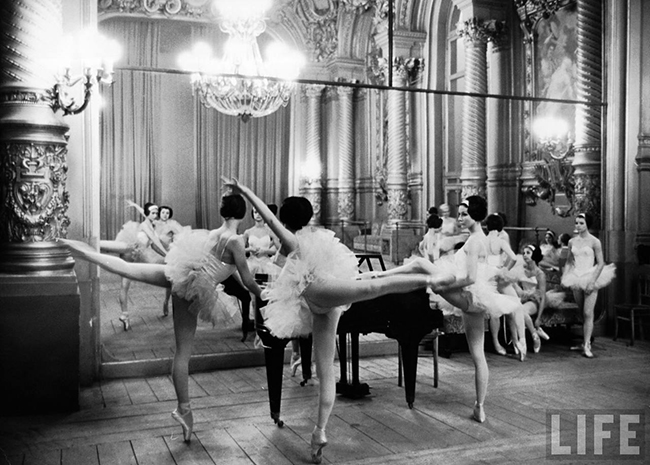 Ballerinas at the Paris Opera doing their barre in rehearsal room. 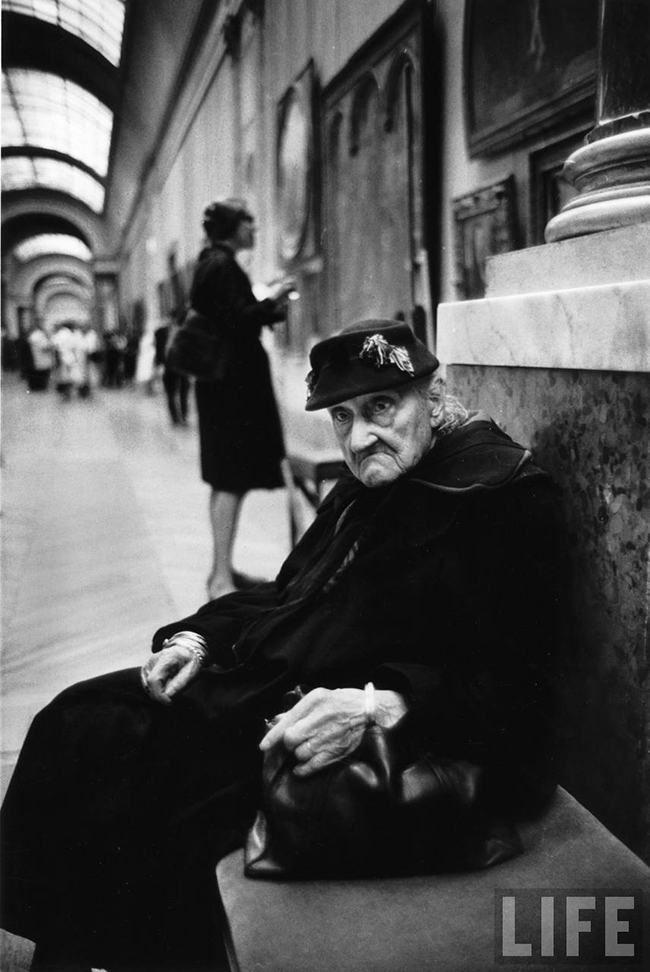 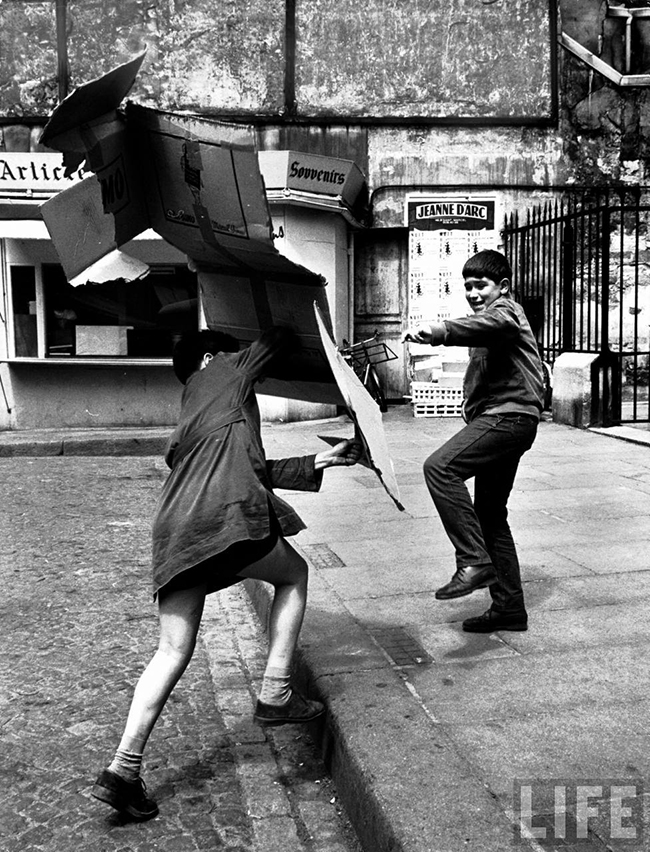 Boys play fighting in the street 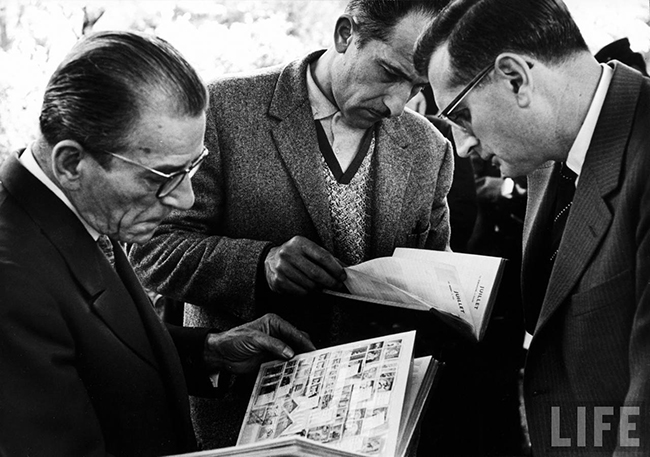 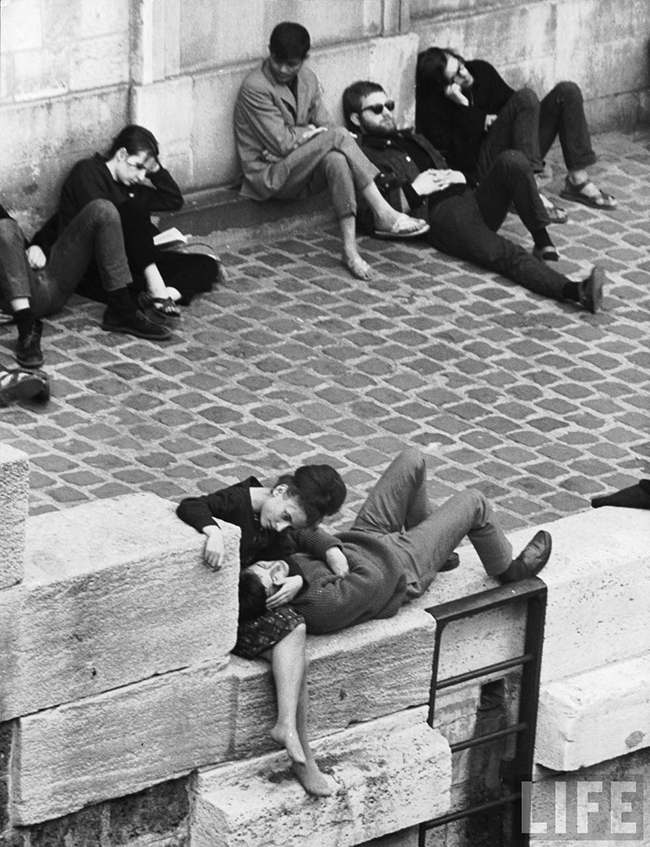 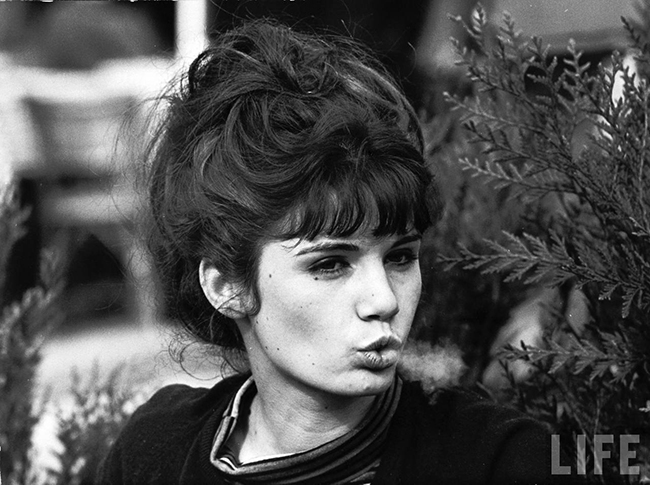 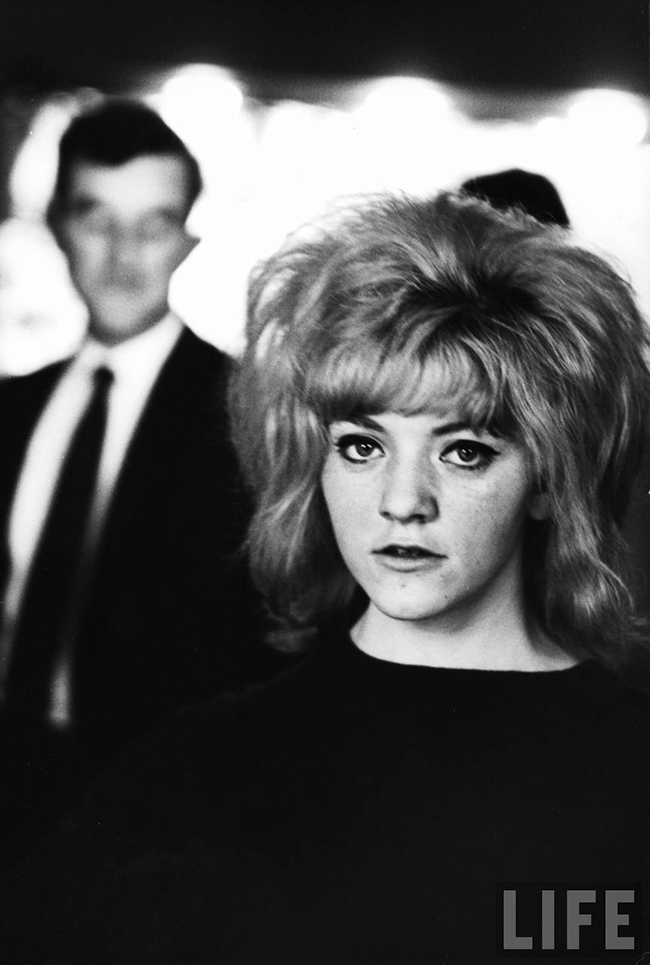 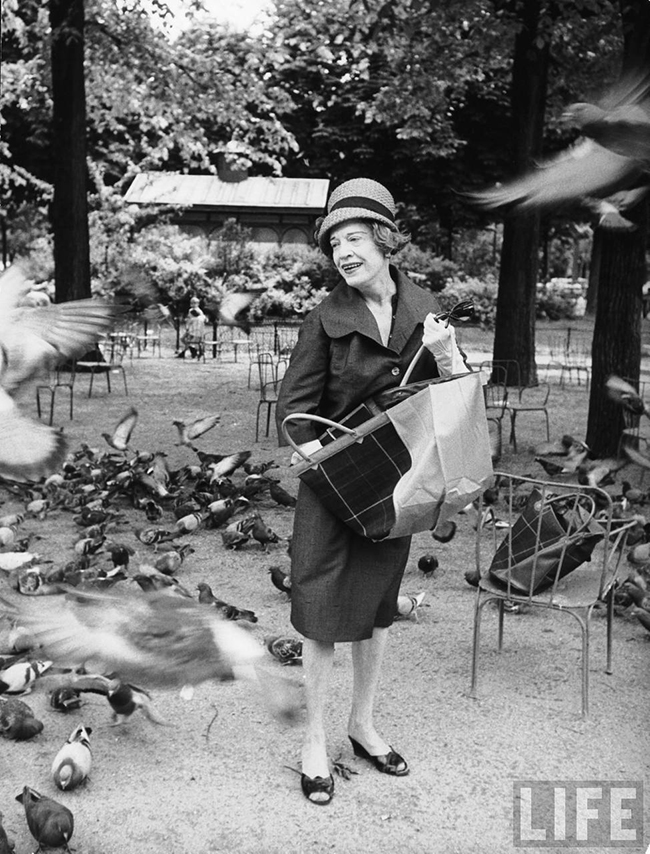