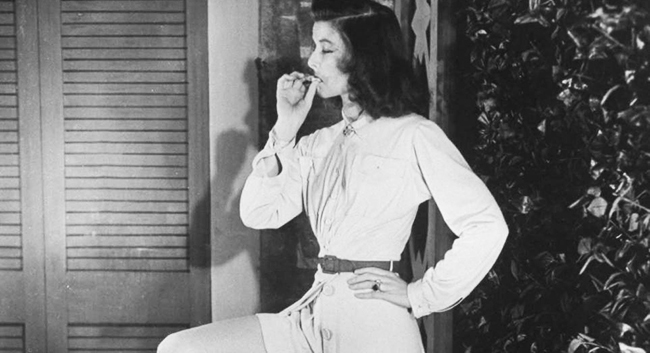 Katharine Hepburn had a good start in Hollywood, moving from the stage to the big screen and getting rave reviews. However during the mid to late 1930s she had a series of flops which lost the studios a lot of money and led to her being dubbed as ‘box office poison’, which was effectively a Hollywood blacklist.

The Philadelphia Story was bought and produced as a vehicle for her by her partner Howard Hughes, and it became a huge hit and resurrected her career.  It went on to become a successful motion picture featuring Hepburn who unusually starred alongside 2 huge Hollywood leading men of the time: Cary Grant and James Stewart. The studio wasn’t taking any chances with this movie being a flop!

If you haven’t seen The Philadelphia Story, it’s basically the same story and characters as the 1950s film ‘High Society‘, in which Hepburn plays the charming but flighty Grace Kelly character Tracy Lord.

These are some of the costumes from the original stage production of The Philadelphia Story. I love the photo of her standing with her leg on the chair smoking, it’s so typically Katharine Hepburn! 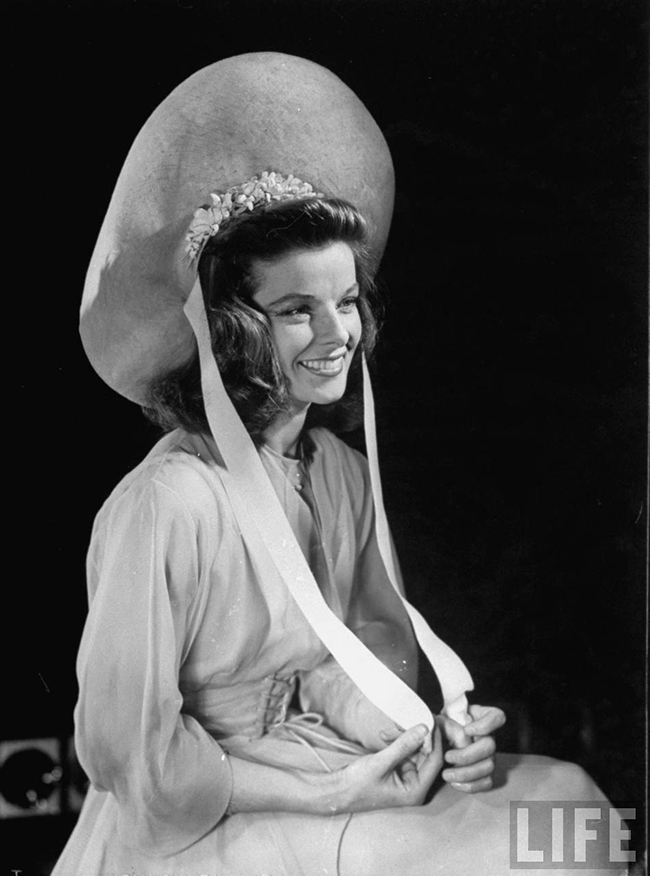 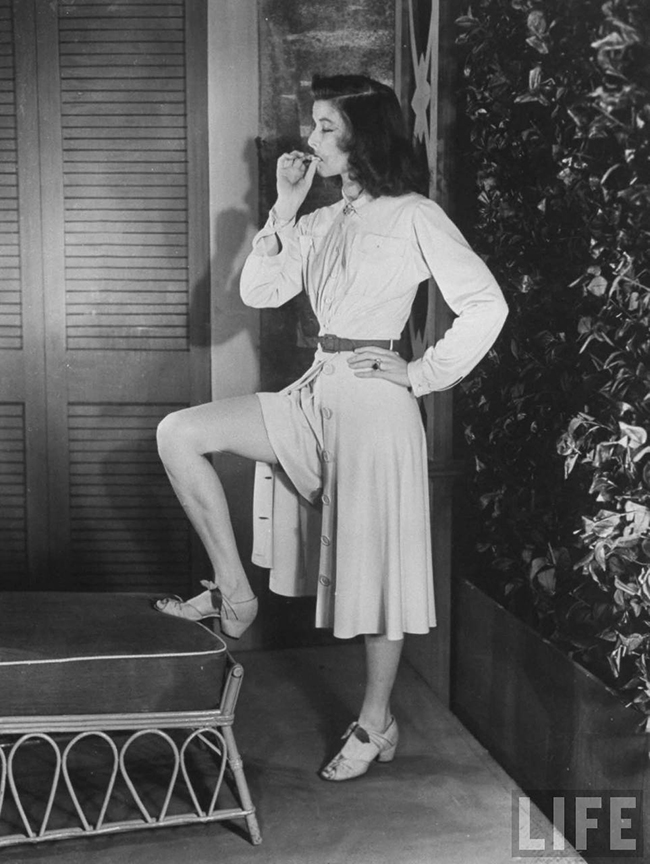 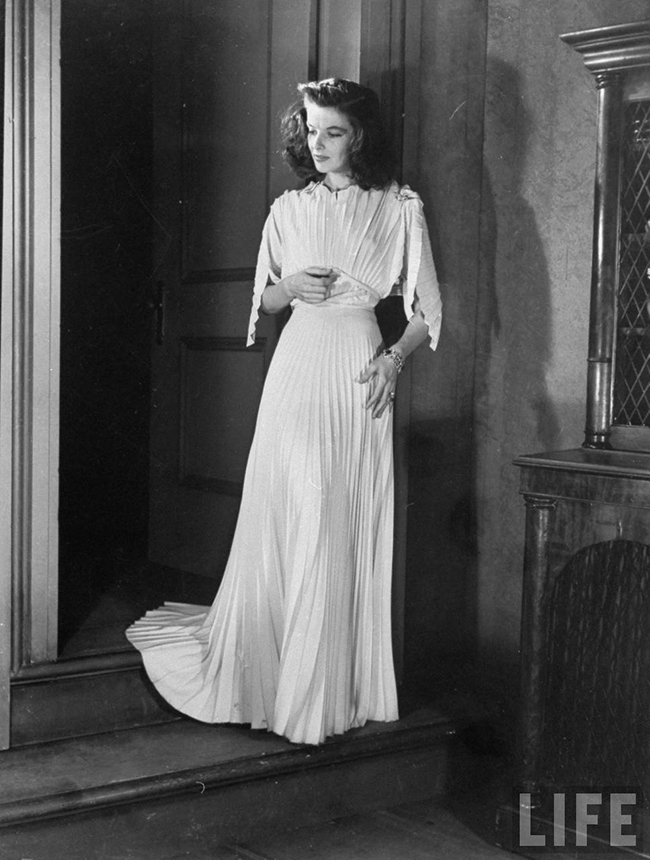 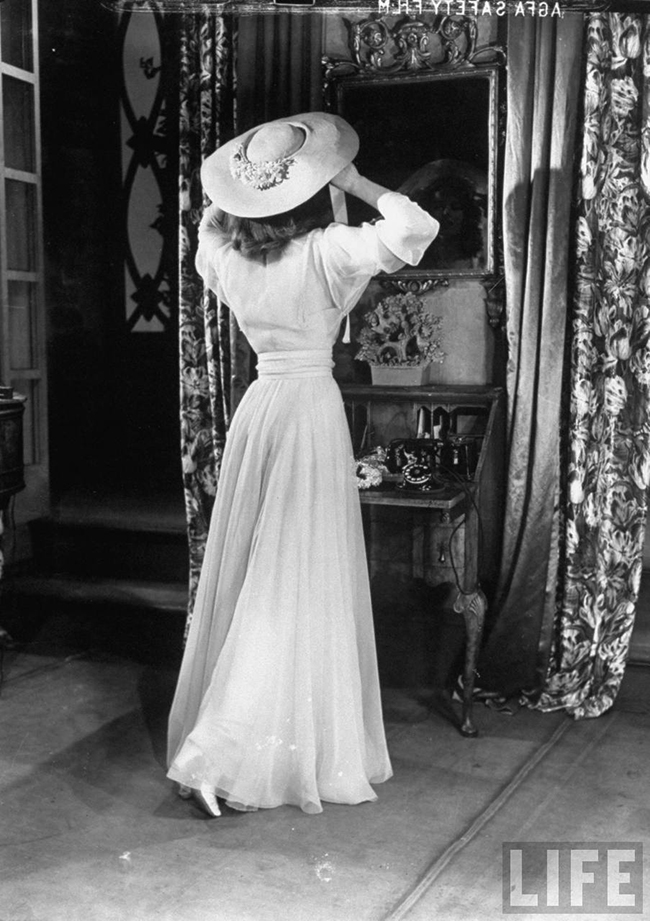 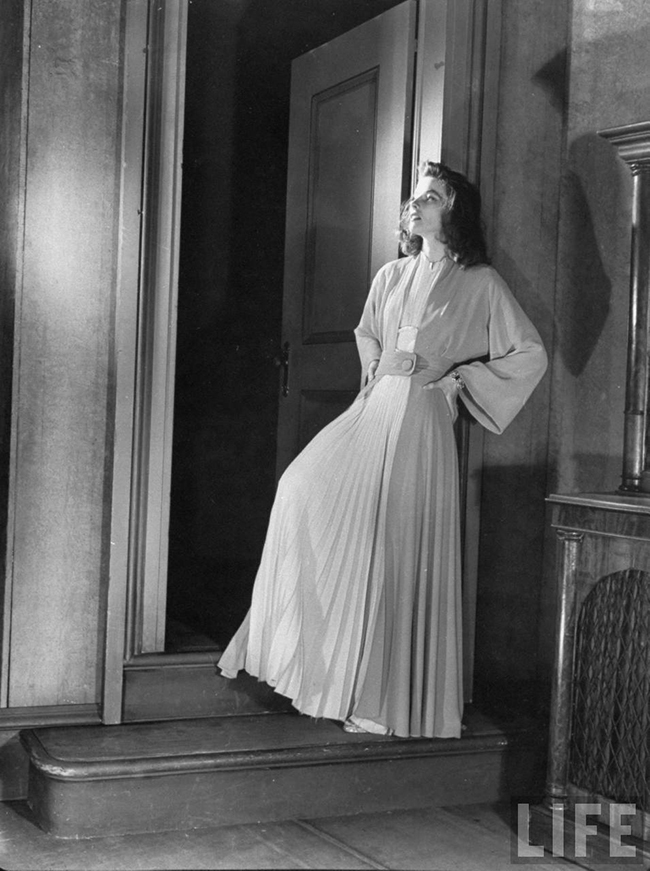 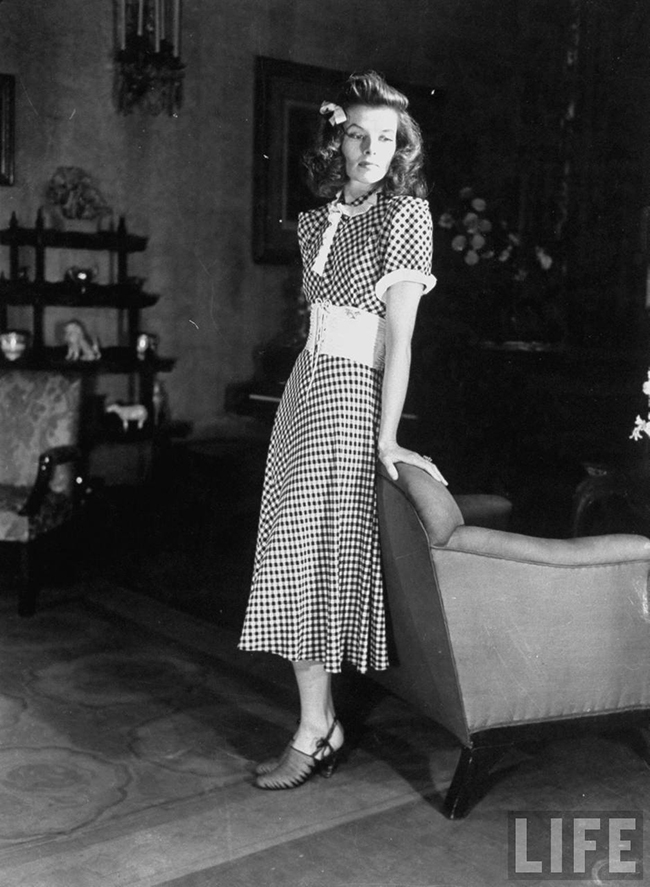 Below: Katharine Hepburn and James Stewart from the 1940 movie adaptation of The Philadelphia Story 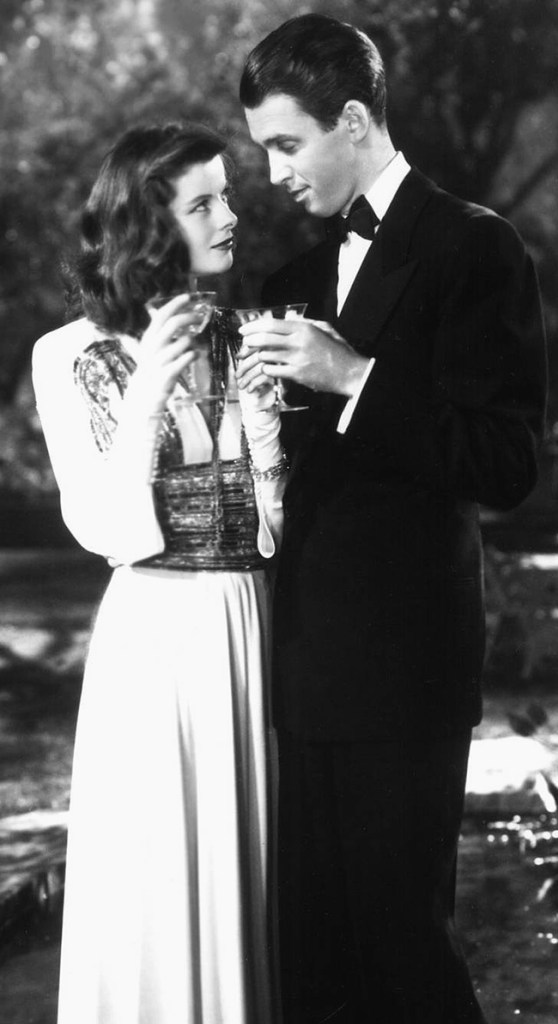 Image source and copyright: Time LIFE archives, and wikimedia commons: This work is in the public domain because it was published in the United States between 1923 and 1963 and although there may or may not have been a copyright notice, the copyright was not renewed. .

One thought on “Katharine Hepburn’s Costumes in The Philadelphia Story”