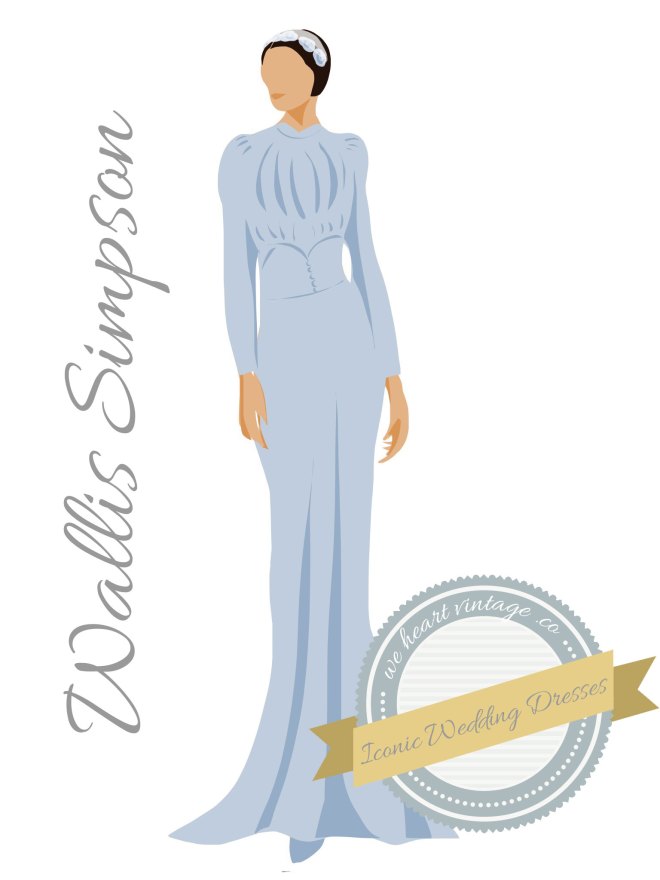 The wedding of Wallis Simpson to Edward, Duke of Windsor in 1937 was one of the most scandalous marriages of the 20th Century.  In order to marry ‘the woman I love’ who was an American 2-time divorcee and therefore seen as totally unsuitable to become Queen, King Edward VIII was forced to abdicate the throne.

Her dress was as unconventional as the woman herself.  Designed by Mainbocher in a colour created for her called ‘Wallis blue’ to match her eyes, the dress is nipped in at the waist and elegantly draped to the floor in silk crepe. The dress is on display at the Metropolitan Museum of Art in New York, but has sadly faded to a pale cream colour.

Instead of a traditional veil Wallis Simpson wore a matching blue straw hat by Caroline Reboux edged in pale blue tulle to create a halo effect.  Her gloves were made from the same blue silk crepe as her dress, and of course she wore it with copious amounts of jewellery including a large brooch at her throat, a sapphire and diamond bracelet from Van Cleef & Arpels and her famous Cartier charm bracelet with cross-shaped charms. You can see more detailed wedding and jewellery photos here.

Below: The Duke and Duchess of Windsor, or as they were at the time this photo was taken in 1936 before his abdication and their marriage Edward VIII and Wallis Simpson. Bottom: the couple photographed together circa 1934. 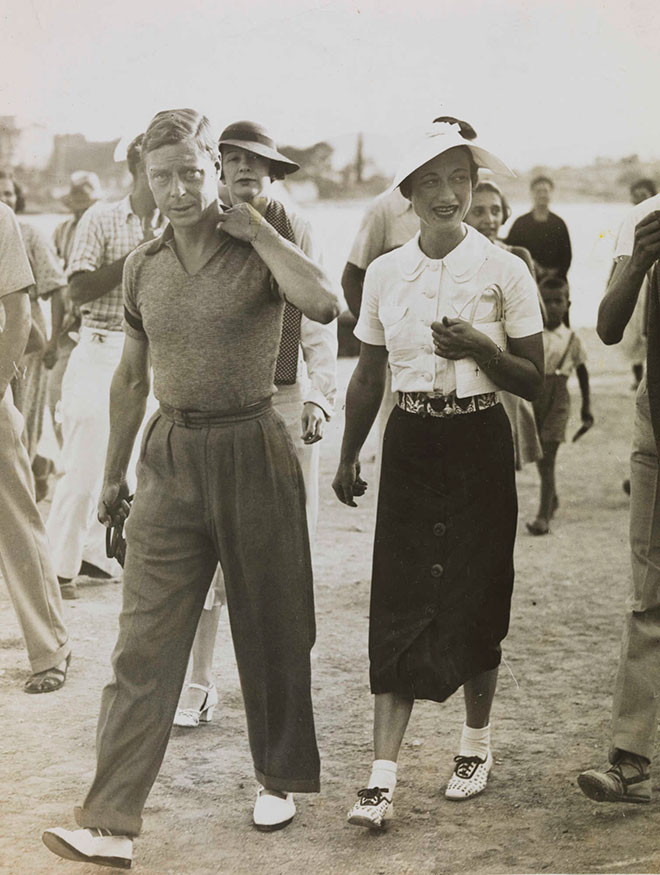 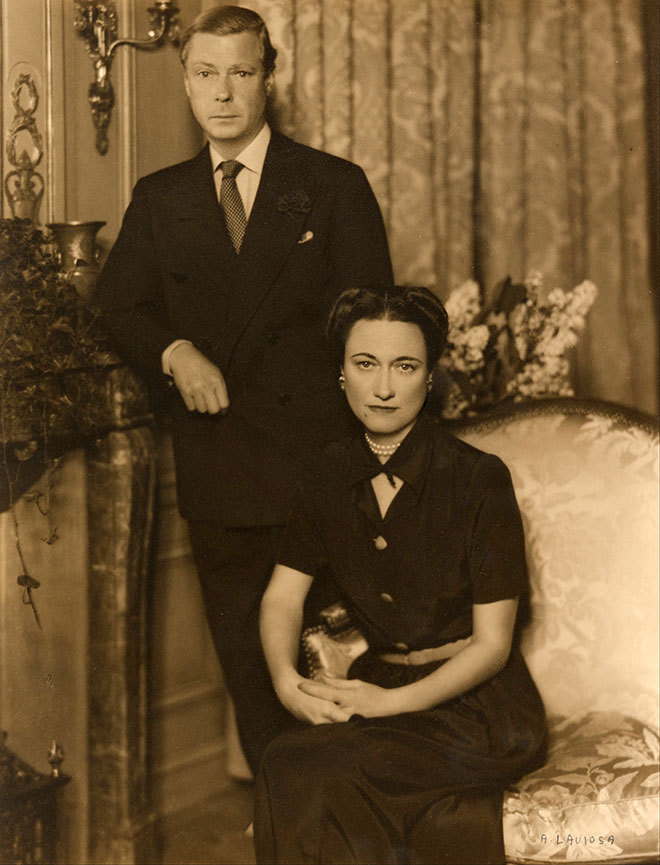 Photo credits: 1, 2: This work is in the public domain in its country of origin and other countries and areas where the copyright term is the author’s life plus 75 years or less.