These publicity photos of young 1940s Hollywood starlets seem slightly odd to me. Sure, they all look beautiful and happy and like screen stars of the future, but there’s something reminiscent of the Playboy mansion about the photos! The pictures were taken at the home of publisher and media magnate William Randolph Hearst Sr (who interestingly was the person Citizen Kane was supposedly based on), and they give the impression that these young girls live, have pillow-fights, go to the cinema and lounge around in swimwear all day there.  Perhaps they just borrowed his home for a photo shoot, but it does make him seem a bit of a Hugh Hefner character doesn’t it? 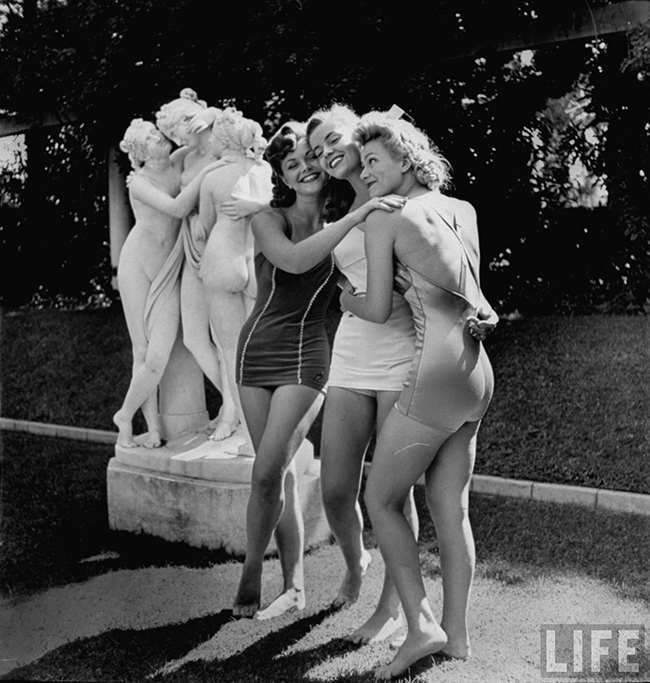 These pictures were taken in 1943, at the height of the studio system in Hollywood, when a studio practically owned every aspect of the actors and actresses lives, so it’s not inconceivable that they did all house young starlets all together to keep tight control over their public image I guess.

Of the girls pictured none achieved major success. Jean Colleran’s most famous role was one of the 14 cover-girls in the 1944 movie Cover Girl, which starred Rita Hayworth and Gene Kelly, as was Jane Hess.  Peggy Lloyd played mostly on Broadway. Anita Colby was probably the most successful of the stars pictured here. She was a successful model before this under the name Anita Counihan, and also starred in Cover Girl alongside the other 2 girls, but later went on to host a TV series called The Pepsi-Cola Playhouse in the 1950s. 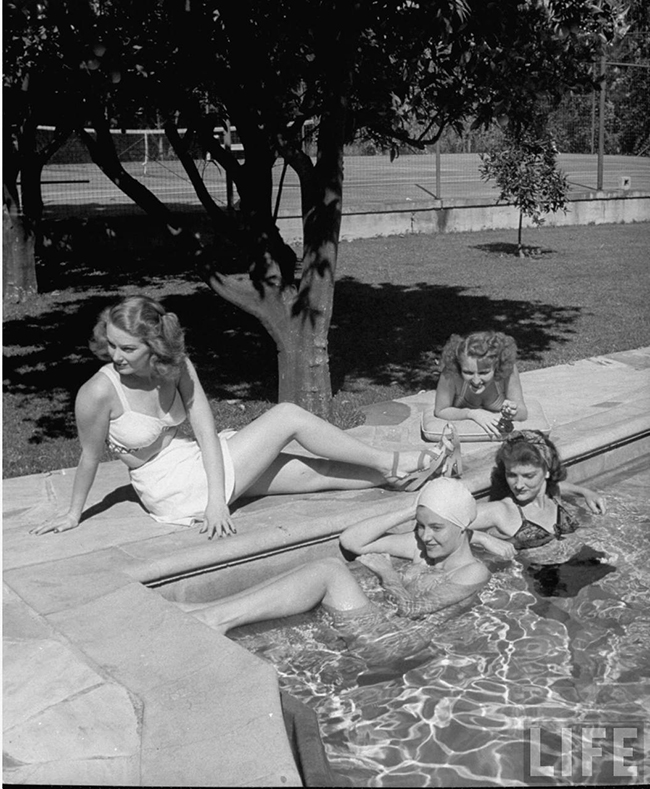 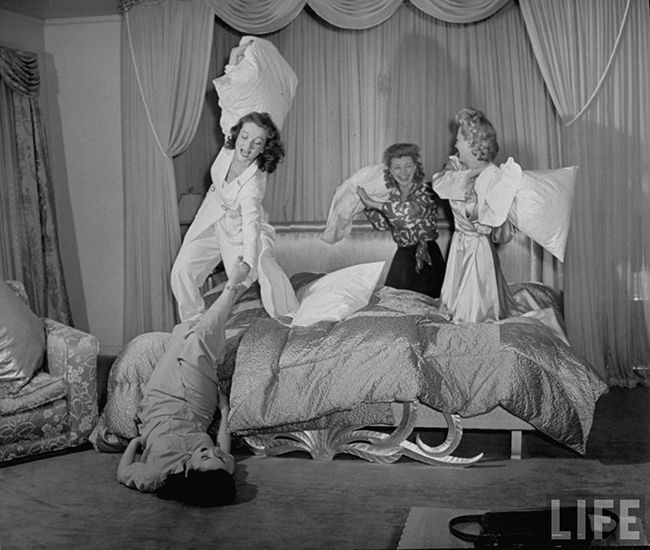 Starlets and cover girls having a pillow fight at the home of publisher William Randolph Hearst Sr. 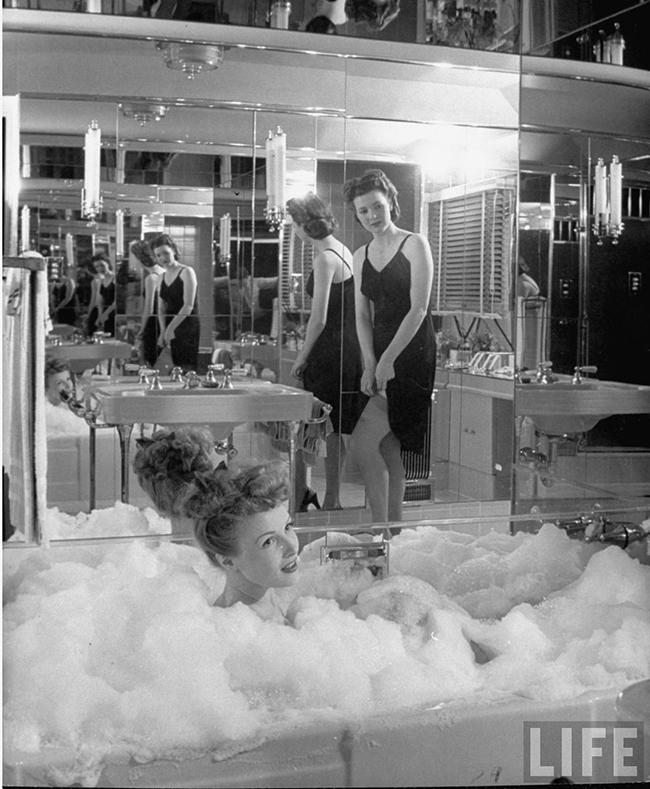 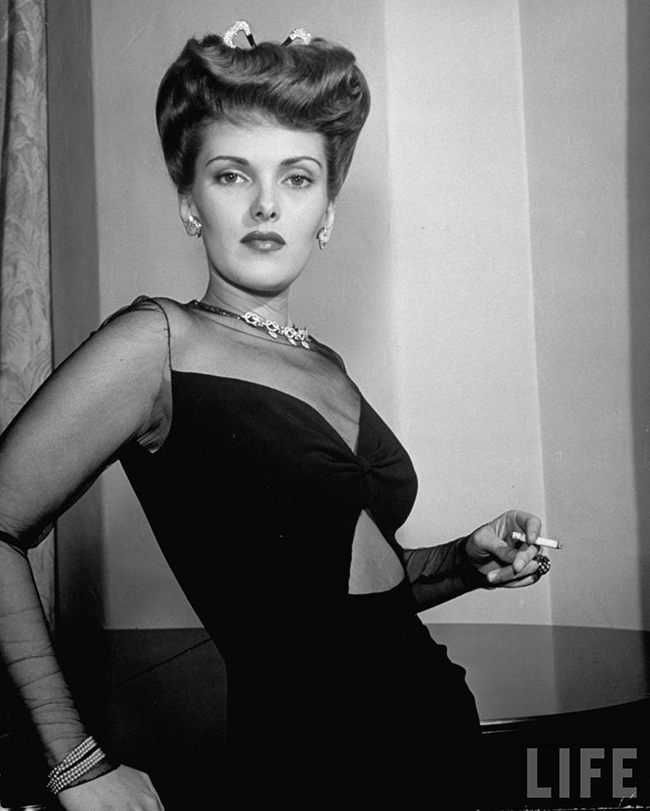 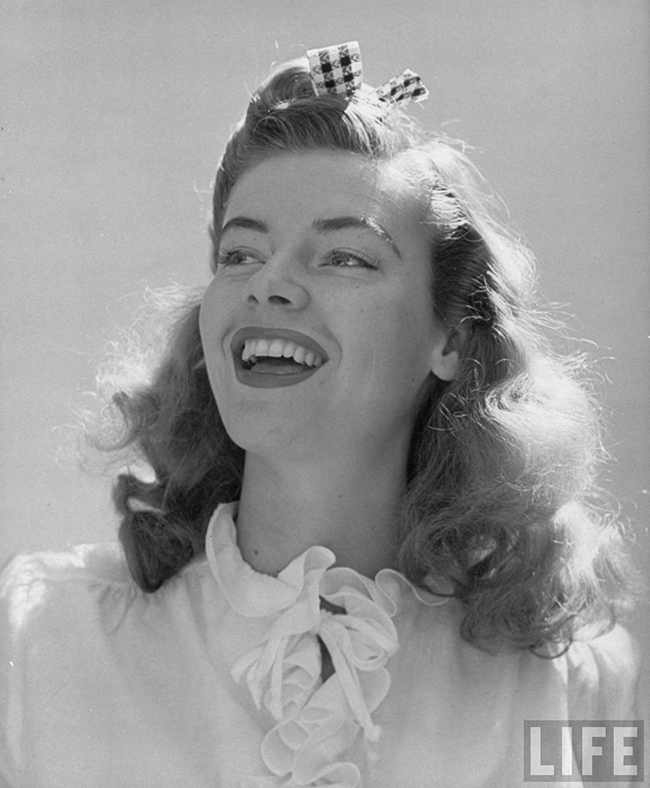 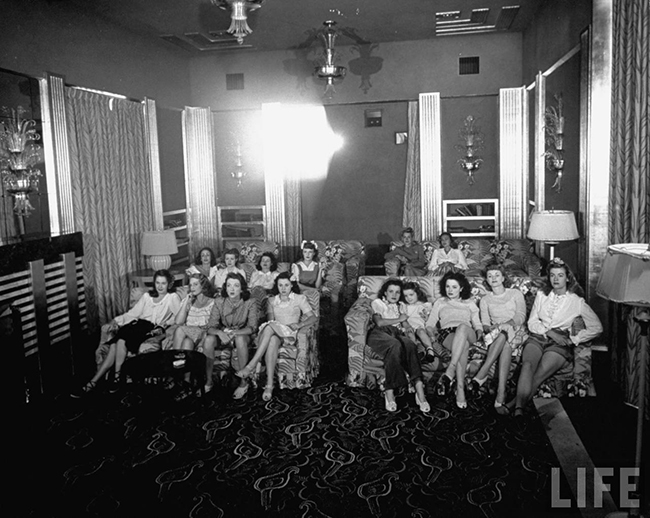 5 thoughts on “The Strange Lives of 1940s Hollywood Starlets”