I’ve often wondered how enormous monuments such as Mount Rushmore are created. Having said that, even having seen these photos I’m not sure how teams of people suspended in wooden crates chiselled perfect faces out of a mountainside, especially back in the 1920s. Building work took place from 1927 until 1941 with some 400 workers involved, and not a single worker died during construction.  Impressive isn’t it?

The original plan had been to depict each president from head to waist, but financial problems meant that just the heads were eventually completed. 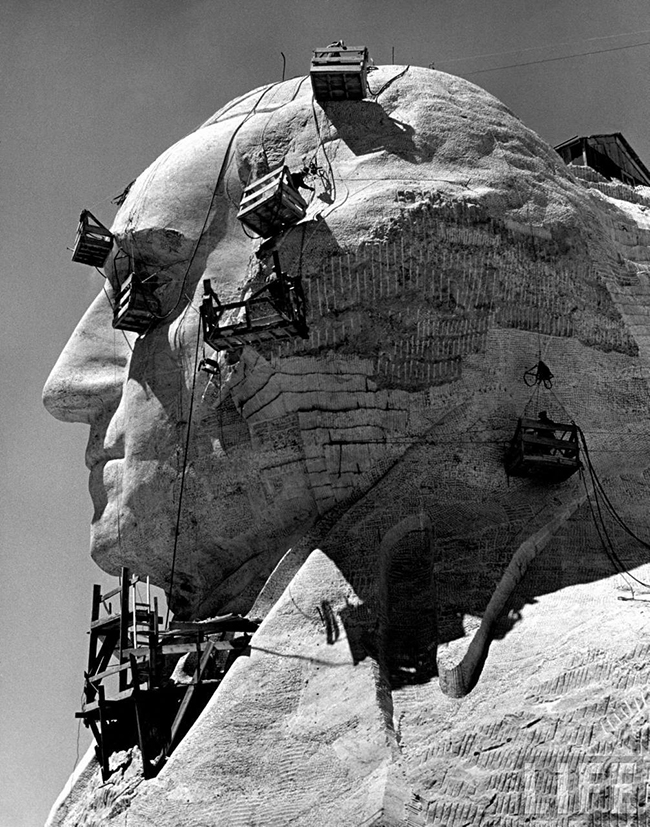 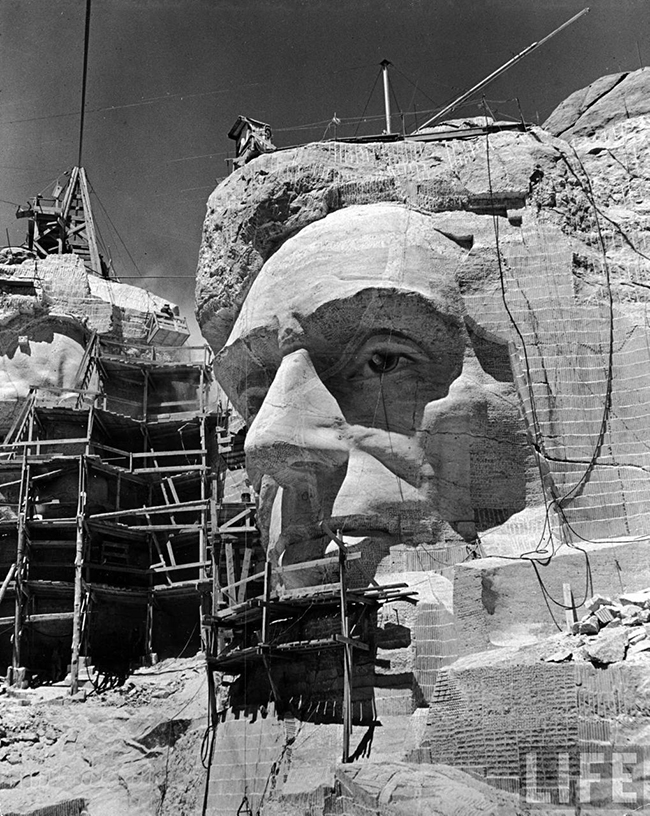 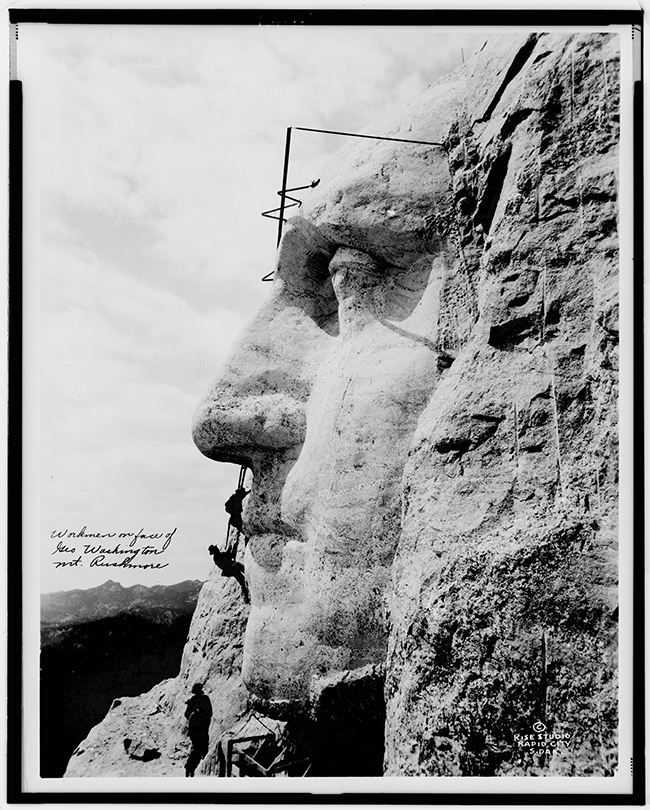 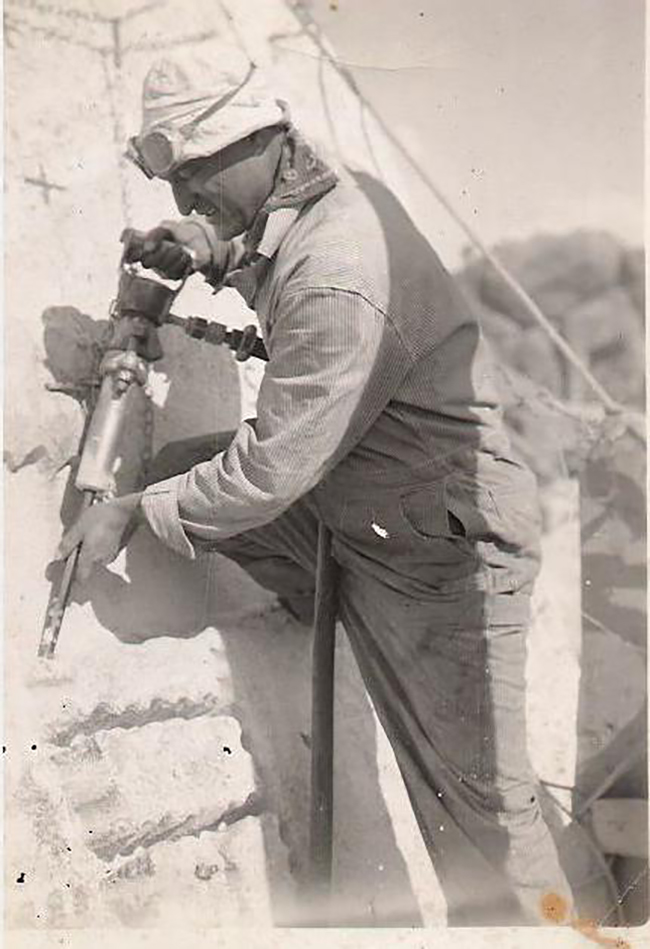 This is a photo of Luigi Del Bianco who was the chief carver on Mount Rushmore National Memorial. This shot is of him working on the Washington head c. 1935

Image source and copyright: Time LIFE Archive, 1, 2: This work is in the public domain