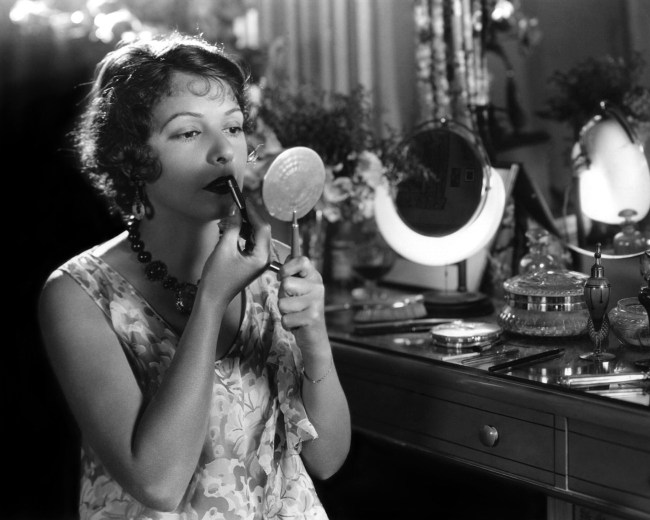 One of three sisters, Norma Talmadge was one of the most popular actresses of silent movies in the 1920s.

She had a difficult childhood; her father was an unemployed alcoholic who abandoned his family when they children were still young, leaving Norma’s mother to try and make ends meet.  At 14 Norma began modelling, and was noticed by execs at the Vitagraph movie studio. She landed her first small movie role in The Household Pest in 1910, and gradually landed herself increasingly better parts as she gained more experience as an actress.

Norma got her first starring role in 1915 in The Battle Cry of Peace, and after that left to join D.W. Griffith’s company: Griffith’s Fine Arts Company.

She really made a name for herself when she met film producer Joseph M. Shenck at a party.  He was so taken with her that he proposed not only marriage, but setting up a movie studio together.  All three sisters were involved in the enterprise: The Norma Talmadge Film Corporation made dramas, the Constance Talmadge Film Corporation made comedies (with Fatty Arbuckle end Buster Keaton), and Natalie Talmadge worked there helping to run the studio and taking occasional bit parts. She later married Buster Keaton.

Her decline came with the advent of talkies though. Even though she worked hard with a voice coach, and had a perfectly acceptable on-screen voice, =her first few talking movies weren’t successful.  After 2 decades in the movie business she decided she’d had enough and retired, a very wealthy woman, in 1930. 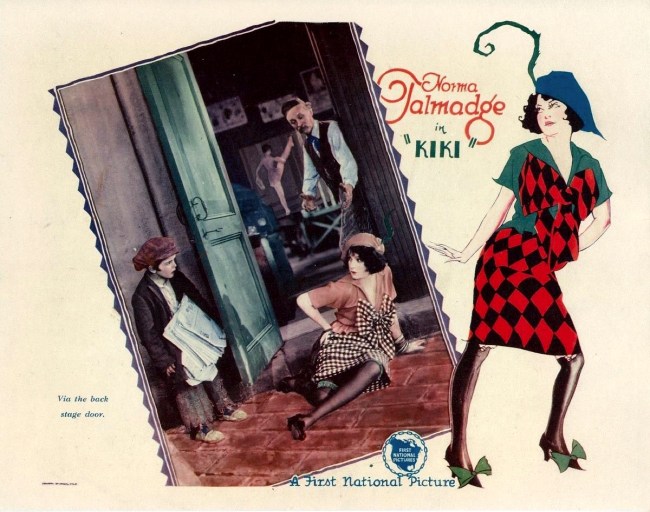 Lobby card from the 1926 film Kiki with Norma Talmadge. 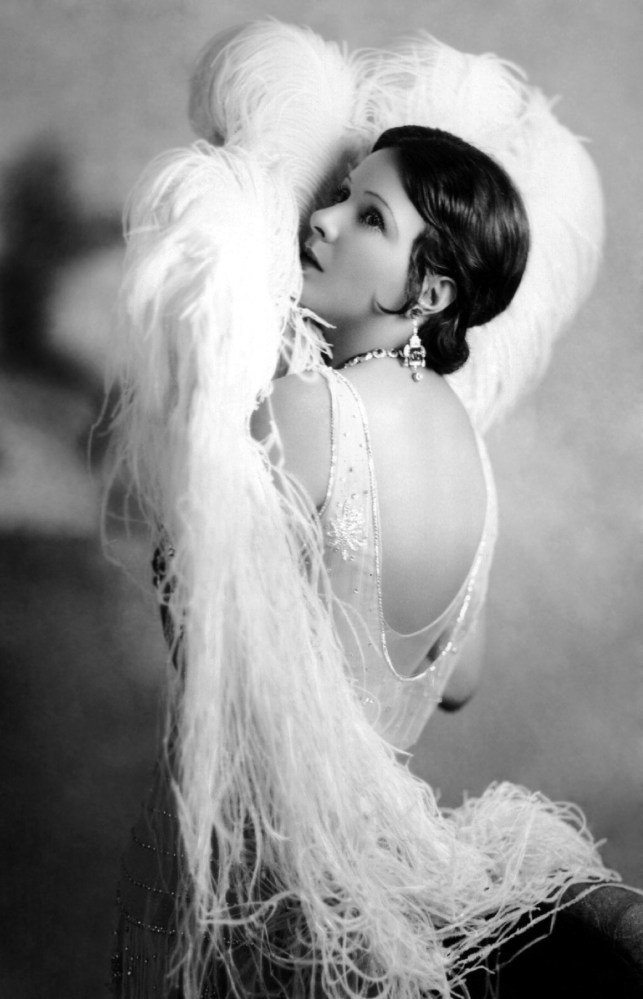 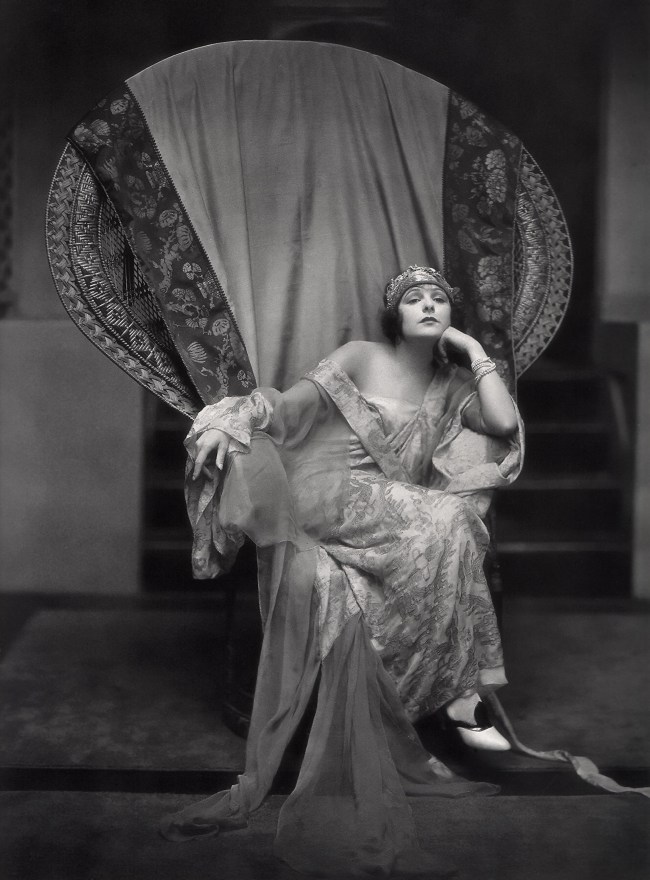 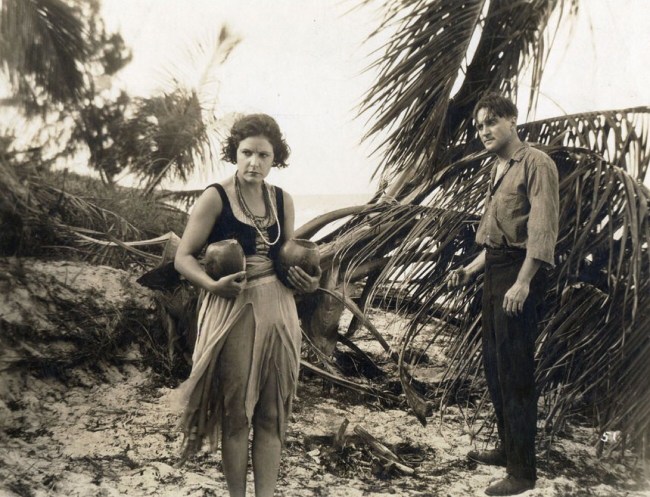 Norma Talmadge and Wyndham Standing in The Isle of Conquest (1919) 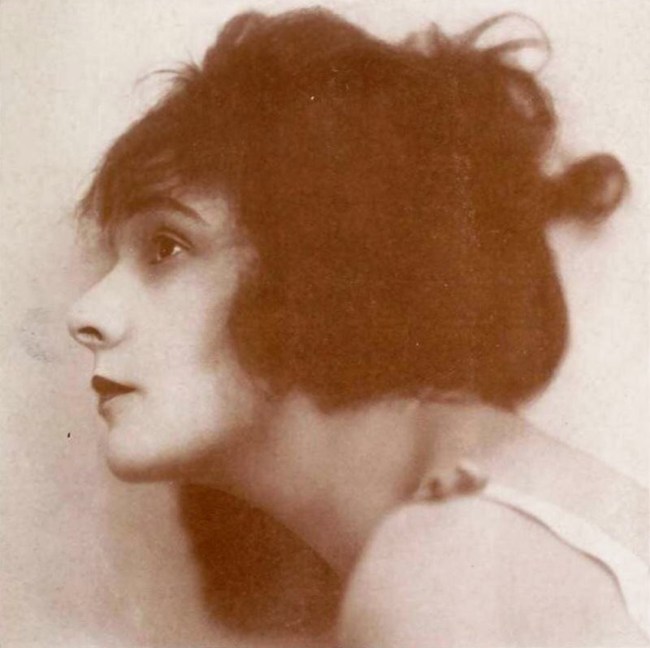 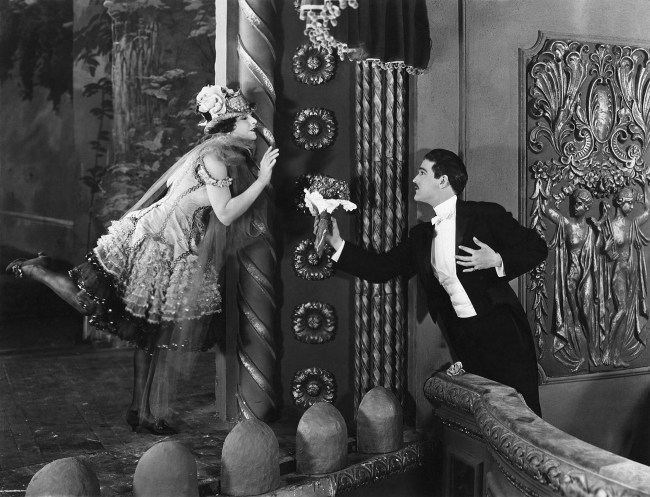 Norma Talmadge and Wallace MacDonald in The Lady (Frank Borzage 1925). 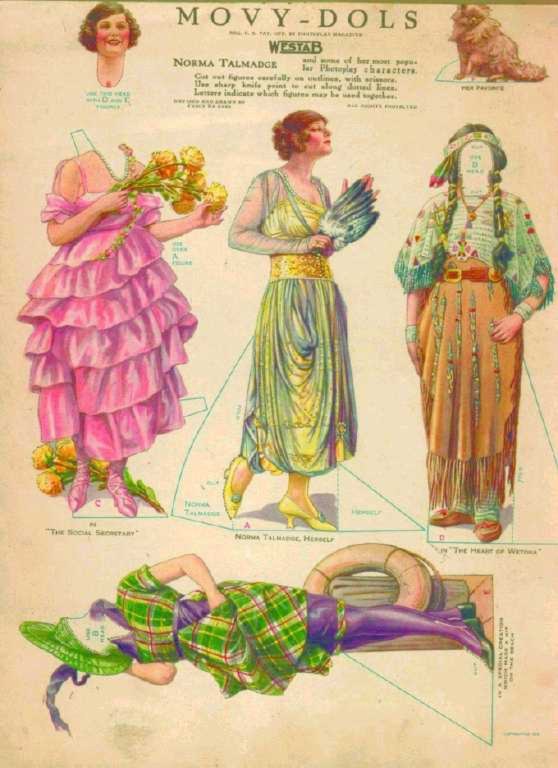 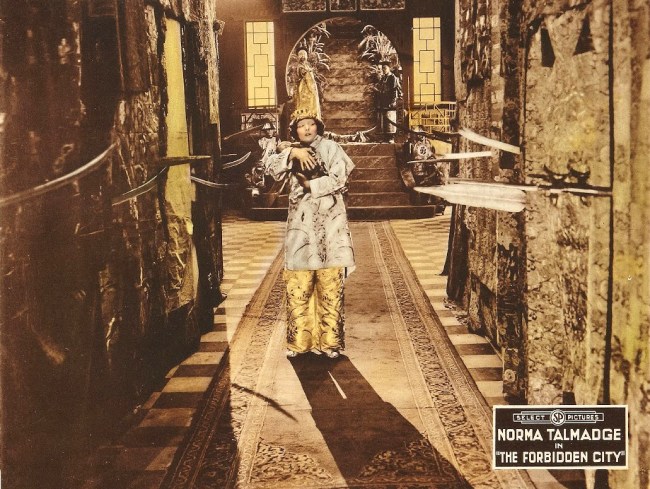 Norma Talmadge in The Forbidden City 1918 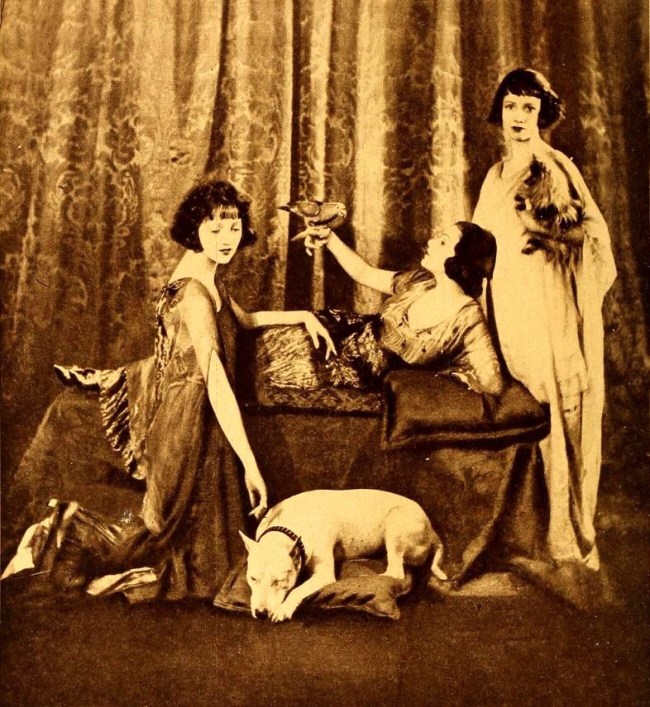 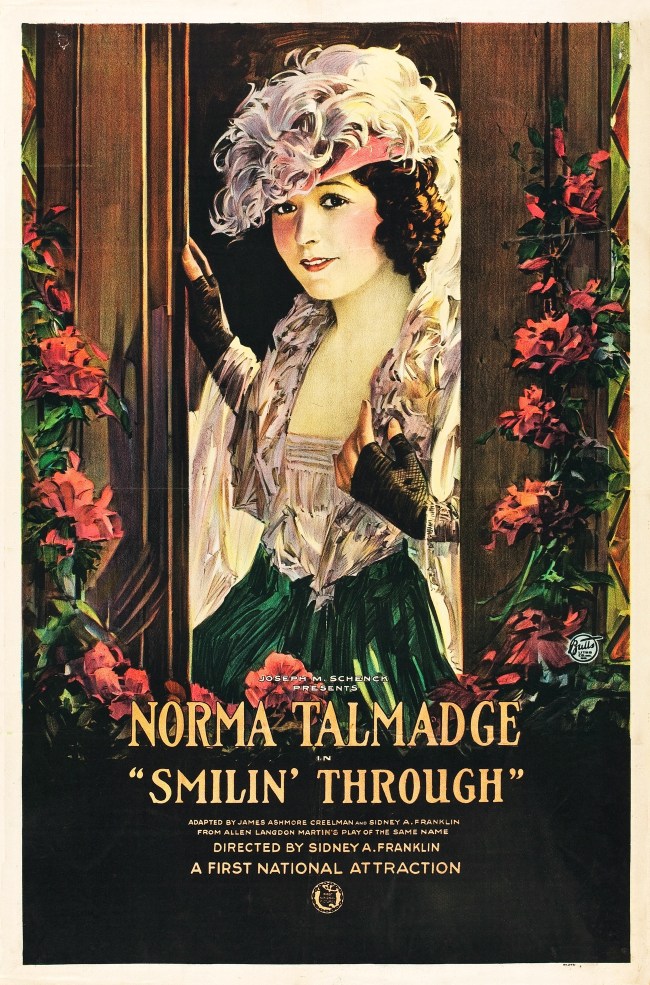 Poster for the 1922 film, Smilin’ Through 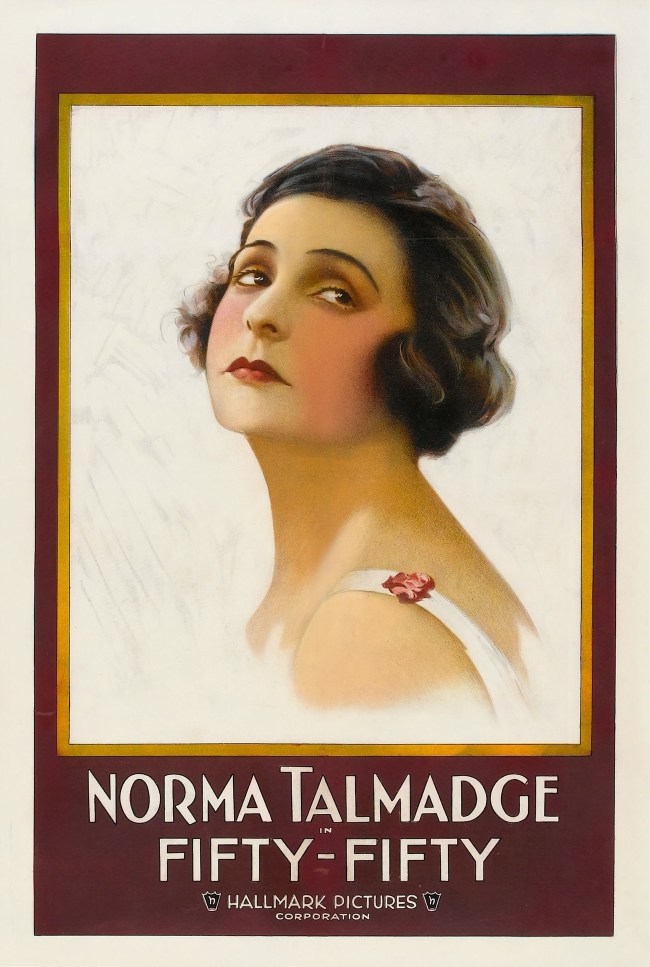 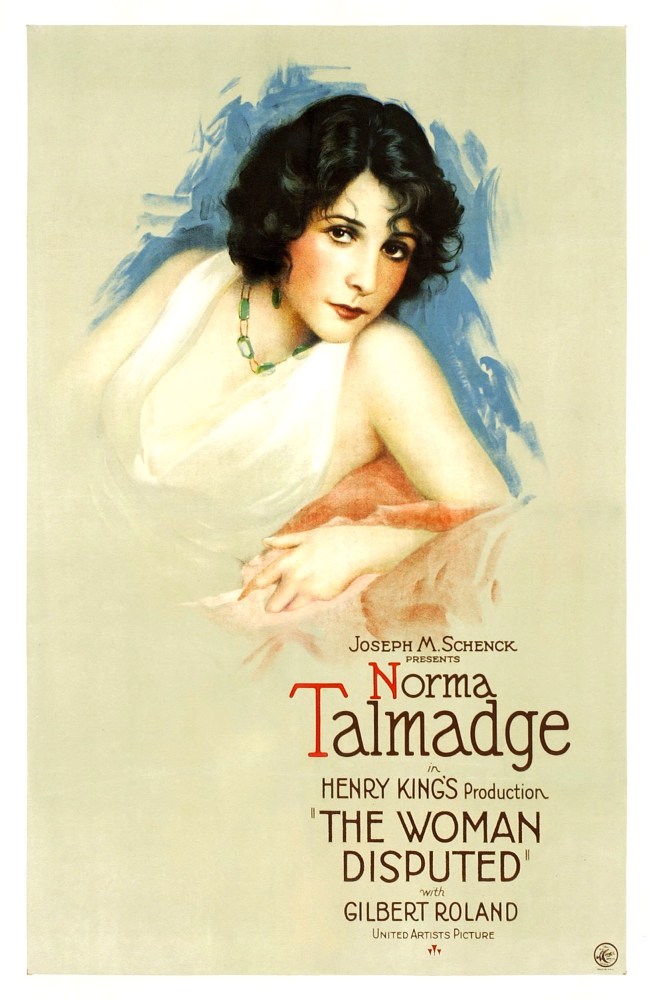 Poster for The Woman Disputed, 1928 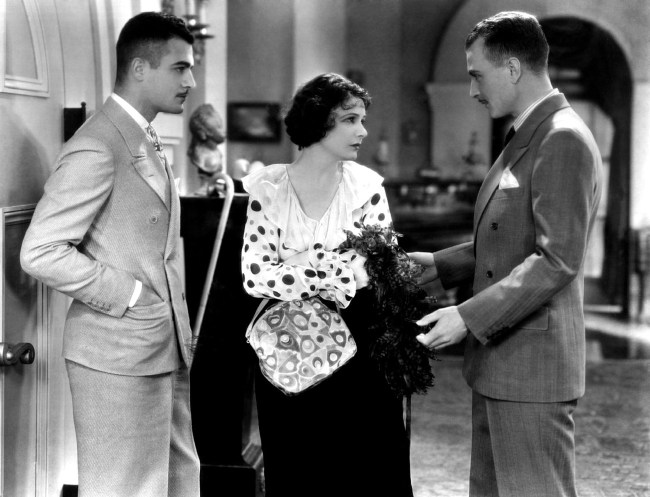 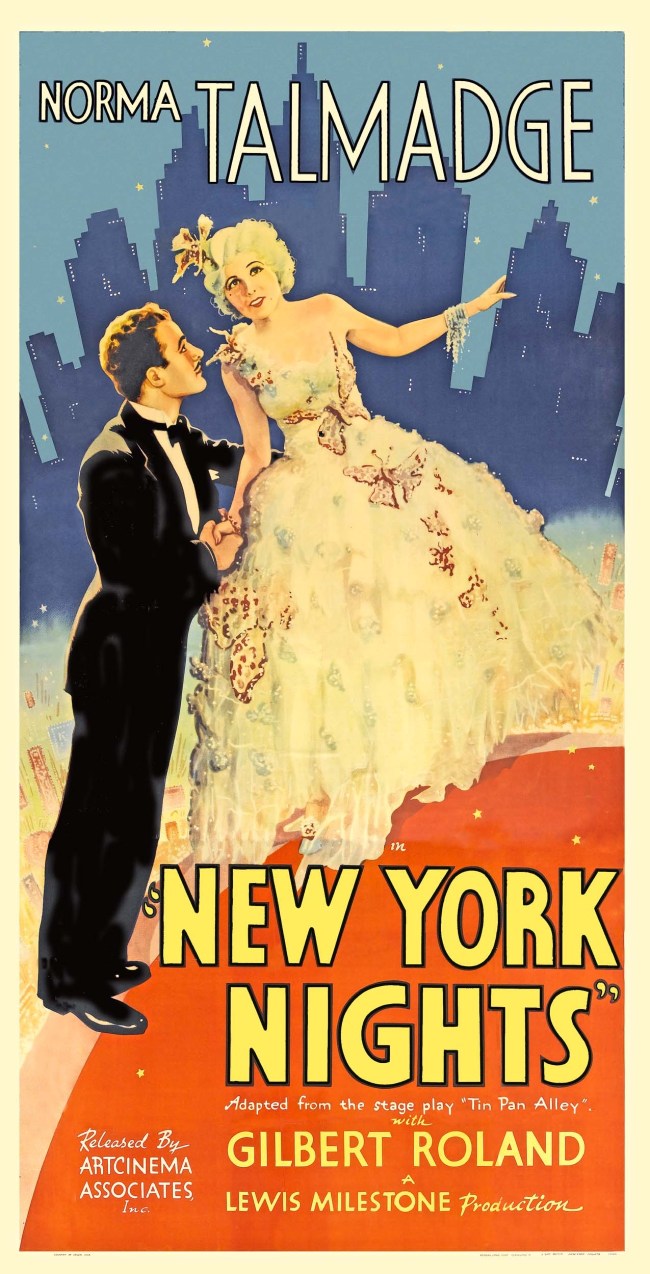 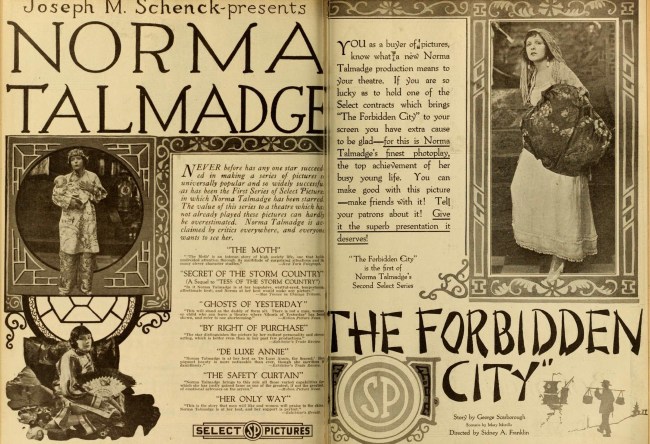