After watching Triple Cross earlier in the week, I couldn’t resist looking into the story behind the movie and finding out more about notorious double agent Eddie Chapman. It sounds like he was every bit as charming in real-life as portrayed by Christopher Plummer, only with perhaps even fewer scruples. After reading up on his exploits during the war the part that really grabbed my attention was his affair with Dagmar Lahlum (pictured below). 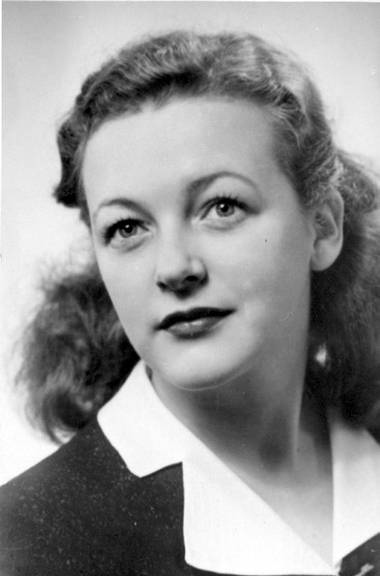 Lahlum was a model and member of the Norwegian resistance living in Oslo during World War II. Chapman was sent to occupied Norway after he returned to Germany as a double agent, where he was presented with the Iron Cross (the only British civilian to ever receive it). Whilst working with the Germans he met the beautiful Lahlum in The Ritz bar in Oslo.

She thought he was a Nazi, and he assumed she was either a prostitute or a good-time girl, but despite this they hit it off and embarked on an affair. She became his girlfriend and later his fiancé and he, not being a great stickler for rules, confided in her that he was actually working as a spy for MI5. She then revealed that she was actually in the Norwegian resistance and he managed to unofficially recruit her to MI5, getting her to help him spy on the Nazi defences around Oslo.

It wasn’t all roses and romantic gestures though. At the same time he was engaged to Lahlum, he had another fiancé Freda Stevenson in England. Despite promising to return and marry Lahlum and clear her name of being a Nazi collaborator he abandoned both women after the war and married somebody completely different.

The loyal Dagmar was branded a ‘German whore’ by the locals as she had been engaged to Chapman who they still believed was a Nazi.  She refused to reveal his secret, and the fact that she had been recruited by MI5, and she was even tried and found guilty in the war-crimes trials after the war in Norway as a collaborator. She received a fine and a six-month suspended sentence.

MI5 didn’t step in to clear her name, and neither did Chapman, who later claimed he had no knowledge of these events (presumably he was too busy being married to someone else).

The true part she played during the war was only revealed after her death in 1999. In an interview with the BBC in 1994 Chapman spoke about Lahlum saying “We had a great love match and I had the intention of going back and marrying her. I’d love to see her again.” Because it contravened the Official Secrets Act, the interview was never screened.

I think Ben Macintyre put it perfectly in his article on Chapman when he said Chapman “was a rascal and a charmer, a man whom, as his MI5 case officer observed, “only war could invest with any virtue”. He may have played an important role in the War, but his romantic exploits hardly cover him in glory.

Image source and copyright: This work is in the public domain in the United States and the source country. Source 1, 2.